The live cricket streaming of Ranji Trophy 2017-18, Quarter-Finals, Day 2, between Mumbai and Karnataka will be available on Hotstar.

Following an eventful start to the opening day, all the eight teams get set to be in action on Day Two of the quarter-finals of the 2017-18 Ranji Trophy on Friday. The live cricket streaming of the match between Mumbai and Karnataka will be available on Hotstar, while the live telecast of the match will be available on Star Sports First. Mumbai were off to a shabby start against Karnataka, after R Vinay Kumar ripped through their batting line-up, claiming six wickets for 34, while Dhawal Kulkarni was the top scorer of 75. Meanwhile, Karnataka are 115 for the loss of a wicket, as Mayank Agarwal remains unbeaten on 62, while they trail by just 58 runs. Vinay’s heroics puts Karnataka ahead of Mumbai 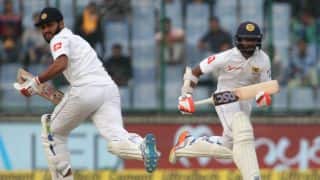 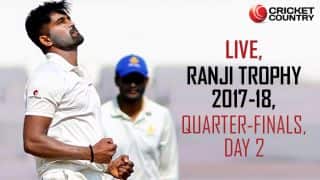