Kolkata: Ousted from the group stage after finishing third, Bengal team were critical of the revamped qualification format of the Ranji Trophy 2018-19 season which saw four teams qualify from group A while only qualified from group B.

The changed format was not what the Sourav Ganguly-chaired BCCI cricket committee had proposed last year.

However, this year, five teams were supposed to qualify for quarter-finals from the first two groups (A and B) as per the points earned while two from group C and one from group D will join them for last eight stage.

In a bizarre situation, Vidarbha (29), Saurashtra (29), Karnataka (27), Gujarat (26) qualified from Group A while Kerala (26) with more outright wins (4) than Baroda (26 points, 3 wins) have qualified from group B. (ALSO READ: Kerala seal quarters berth after thrilling five-wicket win over Himachal)

Bengal finished with 23 points and were third in Group B and as per old format would have qualified.

“I’ve talked to a lot of senior players. I think six teams should qualify for Group A and B. Maybe they can consider from next season. They can bring two teams from Group C. It’s a tough pool and five teams to qualify makes the task all the more difficult. I seriously believe A and B are very tough groups and six teams should qualify,” Mandeep said.

“This is a six-point-per-game competition and so, some dozen matches have been decided in three days with teams getting out for 35 and 100. They are done and dusted. Evidently because of soil conditions, we can’t prepare rank turners. So, if Bengal take first innings lead against all eight teams, we will still not qualify because you need six points,” Lal said. (ALSO READ: Hoping for a decent season, Ashutosh Aman ends up with a record-breaking one)

He alleged that some teams prepared dustbowls despite neutral curators being appointed.

“Some teams are making wickets that look like kabaddi ‘akharas’ (pits) and we can’t do that. That is unfair on teams not getting that chance. So, some teams are getting to 30, 32 points and we can’t,” he said.

“I think within this framework, an outright win should fetch five points, not six and there should be no system of bonus point. Or make it five-day cricket because then the true worth of a team comes out,” he said.

Karim on his part defended the format. “If you see, there were multiple group league games that were decided in the last round and it made the competition more intense,” Karim said on his part. 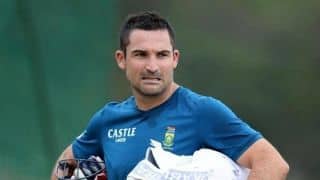 Any room of complacency needs to be ironed out: South Africa’s stand-in captain Dean Elgar 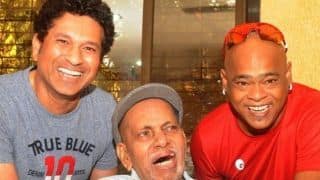