A strict disciplinarian by his own admission, Chandrakant Pandit is immensely proud that Vidarbha players have made a seamless transition from handling pressure to putting opposition under the pump, during their second successive Ranji Trophy triumph.

Unarguably, the best domestic coach in the country, Pandit guided an unheralded Vidarbha side to second successive titles with a mix of strategic acumen and old school discipline.

Many observed that Vidarbha’s maiden title triumph last year against Delhi was a ‘fluke’ and Pandit did admit that against Saurashtra, the aim was to prove that 2017-18 was not a mere flash in the pan. (ALSO READ: Vidarbha become sixth team to defend title)

Neither Pandit not captain Faiz Fazal elaborated on secrets on the process they followed but it was easy to guess that probably the focus was on getting the team united and it was imperative for everyone to pull in one direction, without thinking about individual results.

“Yes, there was pressure to maintain that reputation and we followed a process to maintain (performance). I won’t elaborate on the process but we did was to work on inside cricket and cricket ethics,” Pandit said after the final.

Pandit said that he and his wards had a point to prove and answer the critics with a fitting performance.

“When this team walked out together, people made fun as if it was a school time but if Australia did the same, they said that is unity. This was a process and it was significant (in changing the mind set),” an elated yet content-looking Pandit said at the post-match press conference. (ALSO READ: Ranji Trophy 2018-19 Final: Vidarbha claim second successive title beating Saurashtra by 78 runs)

Pandit said he was given a free hand by the VCA and they knew all along about his strict methods.

He said he had to sometimes keep even players, who were performing well, outside the playing XI to develop a healthy competition in the side.

“I could even slap Faiz (captain). There is a good rapport between the coach and the players. There are three types of players, one who are happy playing, and the ones how are just happy to be in team and those who were happy (to develop) a class of cricket,” Pandit said.

“We had to change that mind set and it is not easy. Mind set is just a word but a lot goes on. You have to understand the culture,” the 57-year-old former India stumper said.

And the result is there for everyone to see as the side which even struggled to reach the knockout stages during earlier years, has now won back-to-back titles in a row.

To put it in perspective, only five teams prior to Vidarbha have achieved the rare feat since the inception of the tournament back in 1934.

Captain Fazal also said that transformation of the side has taken time.

“We have followed strict discipline in last two years. It’s a slow process to be honest. Everyone had to think in one direction. There was a lot of importance given to unity. From day one, there was just one thing in my mind that we have to win trophy,” Fazal, a Vidarbha giant said.

“Vidarbha was a ‘developing team’ but may be now we can say it’s developed,” said Fazal.

Asked if there was extra pressure of delivering at home, Fazal said, indeed it was there in back of their minds. As Fazal was answering, Pandit chipped in and eulogised his players.

“To maintain the reputation is important. Handing the pressure shows the character of a side. And the way the players have played, when there was lot of uncertainty (twists and turns) in this match (is laudable),” Pandit said.

“The way Aditya (Sarwate) and (Akshay) Karnewar shows that this team can now put pressure on the opponents and not just handle the pressure well. The character if this side came to the fore in this final.” (ALSO READ: Ranji Trophy final: Aditya Sarwate reveals how he orchestrated Saurashtra veteran Cheteshwar Pujara s dismissal)

Saurashtra captain Jaydev Unadkat said it was disheartening to lose but he is not crestfallen. This is third time that Saurashtra reached the final but could not cross the final hurdle.

“Any loss is disappointing. I would not say, it is more painful. This is because of the brand of cricket we played. We put up fight. There are 2-3 guys who made debut and yet they played like experienced players. I am happy and proud to be leading this bunch of players,” said Unadkat.

The visiting captain said 200 was a chaseable total but one partnership, which was required never materialized and Vidarbha spinners played better than Saurashtra spinners.

Asked if he fancies himself making a comeback to Indian team considering that he has found rhythm and has become stronger, Unadkat said he definitely has added strength to his body but won’t think about things “out of his control”. 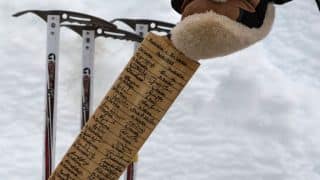 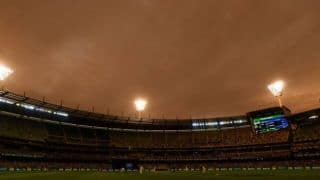