Rashid's hamstring injury will be assessed over the next two days.

Rashid looked in a lot of pain as team physio rushed to his aid and advised him to come off. He returned to claim two wickets, which is a good sign but did appear is some discomfort. The extent of Rashid’s injury will be monitored but at this point, Afghanistan team manager Nazim Jar Abdur Rahim Zai remains non-committal about Rashid’s availability.

“I cannot say that he will be available [for the final],” Zai told reporters. “He is doing well and let’s see what’s happening. We will have two or three days for recovery. I hope it’s not that serious because he is our captain and main player and we will monitor him tomorrow and the day after (before taking any decision).”

However, after Afghanistan’s 12-match winning streak in T20Is ended on Saturday, Rashid did look optimistic and hoped he’d recover for the final in Dhaka.

“I got some trouble with the hamstring,” Rashid said. “Hopefully, it’ll be fine in a couple of days but looks a bit sticky. Wanted to go and bowl and see how it feels. Looks 50-60% fine. That was the plan in coming back to the field.” 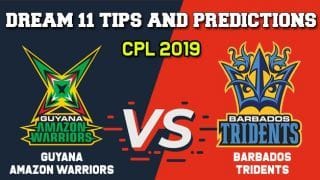