Ravichandran Ashwin bagged his sixth Man of the Series award in his 37th match, which is the most by any Indian, exceeding Sachin Tendulkar and Virender Sehwag's tally of five awards.

Every time Ravichandran Ashwin plays against West Indies, he ends up scaling new heights. He made his debut against them; he even scored his maiden hundred and pocketed his maiden five-for the same team. As a matter of fact, he has scored all his hundred against West Indies. This series, he achieved a new high. He became the only Indian to score two hundreds and pick up two five-fors in a same series. However, he bagged his sixth Man of the Series award in his 37th match, which is the most by any Indian, exceeding Sachin Tendulkar and Virender Sehwag‘s tally of five awards. Full Cricket Scorecard: India vs West Indies, 4th Test match

He has been awarded Man of the Match awards six times, with Tendulkar leading the chart with 14 awards. However, what commendable is that he achieved these feats in just 37 matches. Given his fitness level and that he is a spinner by profession, he is likely to play over 100 matches, which means he will challenge the likes of Muttiah Muralitharan who has 11 Man of the Series Awards to his name. Also read: India vs West Indies 4th Test called off; visitors win series 2-0

This also means that Ashwin has had more influence on series than on a match. In fact, winning six Man of the Series awards in India‘s last seven series victories is indeed a difficult task to achieve. 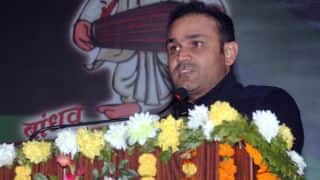 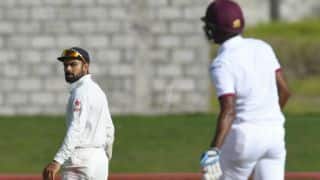