Jadeja was fined 50 percent of his match fee for an alleged altercation with Anderson.

In a fresh twist to the alleged altercation between Ravindra Jadeja and James Anderson, two England players have testified that the Indian all-rounder had turned towards the English bowler with a raised bat during the showdown.

According to a report in ESPNCricinfo, Ben Stokes and Matt Prior, during the hearing against Jadeja, testified that the Indian raised his bat at Anderson during the altercation for which he was fined 50 per cent of his match fee.

“…at the hearing England witnesses, Ben Stokes and Matt Prior, suggested to match referee David Boon that Jadeja had turned threateningly towards James Anderson, and the England fast bowler had acted in self defence,” the website reported.

The hearing on the Level 3 charges against Anderson will be conducted on August 1. The pacer allegedly pushed and abused Jadeja during the lunch break of the second day’s play in the opening Test in Nottingham.

“Prior contended Jadeja’s bat was raised dangerously when he turned towards Anderson, and Stokes suggested Jadeja had pushed Anderson first. India claim Jadeja neither touched nor swore at anyone,” the report stated quoting sources.

The entire case is based on testimonies of rival players as there is no video available of the incident. Jadeja’s fine has not gone down too well with the Indian team management and an appeal has been filed against the ICC ruling. 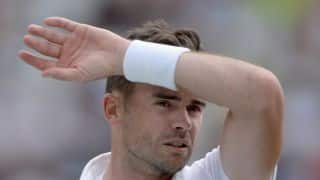