Nazmol Hossain Shanto has returned to the Test squad while Mehidy Hasan was not considered as he is still recovering from a finger injury.

Bangladesh have included Tamim Iqbal and Soumya Sarkar and recalled Rubel Hossain to their squad for the first Test against Pakistan to be played in Rawalpindi. However, Mustafizur Rahman, Imrul Kayes, Mosaddek Hossain and Shadman Islam have been dropped.

“Mustafizur was dropped due to poor form. He is not regular member of our Test XI in the recent past for many reasons,” Bangladesh chief selector Minhajul Abedin told cricbuzz. “We feel that he should spend some good amount of time in the domestic tournament to make sure he gets the bowling fitness that is required to play longer-version cricket. We all know he is a champion bowler but somehow he is unable to meet our expectations and we feel that he is also lacking match fitness to some extent.”

Nazmol Hossain Shanto has returned to the Test squad while Mehidy Hasan was not considered as he is still recovering from a finger injury.

“We have always kept Nazmul under our radar and he is scoring regularly in domestic cricket,” Abedin said. “After Shadman was ruled out of the opening Test due to his wrist injury, we felt that it is the right time to re-introduce Nazmul at international level and I am sure he will make it count this time. He is more matured now with his skill and approach.”

Explaining the reason behind Soumya’s inclusion, Abedin said he offers them the chance to be more flexible with their batting order and that he can double up as an opener in case needed. “Soumya was included as we don’t have many back-up for openers but at the same time he also gives us some flexibility in batting order. He has shown that he can bat well down the order as well,” he said.

The first Test starts from February 7. Bangladesh will then return in April for a one-off ODI to be followed by the second Test of the tour in April. 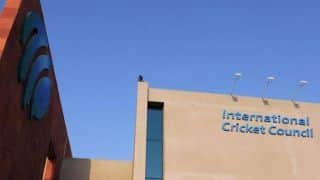 International Cricket Council is Just a Plaything of The Big Three: Fazeer Mohammed 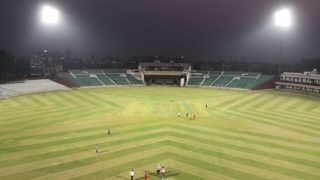