"If Hassan can't clear himself before the inquiry committee, he faces a two-year ban from all cricket," said source.

Pakistan‘s young spinner, Raza Hasan has been reported for cocaine after being tested positive for the consumption during a test by World Anti-Doping Agency (WADA) at a laboratory in India. He now faces a possible two-year ban from all formats of the game.

According to PTI, a reliable source form the Pakistan Cricket Board (PCB) said that an urine sample of Hasan, collected in January, during the Pentangular Cup in Karachi has tested positive on cocaine during the tests run on it.

“The results of the second sample are still awaited but on basis of the first sample results, the board has already established a two-member committee to chargesheet the spinner and seek an explanation from him,” the source said.

Hasan, 22, who has played an ODI and 10 Twenty20 Internationals, has to hire a lawyer and submit an answer, seeking explanation to the situation, to the committee of a qualified sports medicine doctor and former Test player, Colonel Naushad Ali.

“The PCB is taking the matter very seriously because this is the first time any player has tested positive for the use of cocaine,” the source said.

“If Hassan can’t clear himself before the inquiry committee, he faces a two-year ban from all cricket,” he added. 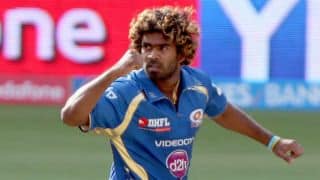