It's been over a year since left-arm pacer Wahab Riaz last played an ODI for Pakistan but he is still hopeful of representing Pakistan in the ICC World Cup 2019.

It’s been over a year since left-arm pacer Wahab Riaz last played an ODI for Pakistan. A dip in form and the emergence of new crop of fast bowlers has pushed him off the radar. Currently, he is plying his trade in the Caribbean Premier League (CPL) and more recently, he represented Derbyshire in the Vitality T20 Blast in England.

He may have fallen out of favour in national selection but continues to be in high demands across T20 leagues. And through his performances in such tournaments, Riaz is hoping to catch the eye of national selectors again with the ultimate aim to play in the ICC World Cup 2019 in England.

“It s never easy to try and find a permanent place in a strong team like Pakistan which is doing so well at the moment,” Riaz was quoted as saying by Pakpassion.net on Tuesday. “This is especially true when you are talking about Pakistan s very effective bowling line-up but I know that I made my debut for Pakistan when our bowling was very strong and it happened due to my hard work. I was able to convince the selection committee then and I believe I can do it again.

One of the high points from Riaz’s international career came during the 2015 ICC World Cup when he left Australia batsman Shane Watson bamboozled in a spell of high-quality fast bowling. It might have been the precursor of better things for him but since then his ‘work-ethic’ has been questioned by none other than head coach Mickey Arthur.

Riaz, 33, said his comments were misconstrued and they were merely a feedback on the areas where he should be working on. “I’m not sure if he was actually questioning my work ethic. In my opinion, he was merely providing feedback on areas of my game that he feels I can improve on. It is no secret that Mickey has been very firm about having a high-level fitness target for all the boys and I sat down with him before coming over to England. We had a long chat about my fitness and training regime and Mickey provided his feedback on areas I can improve on,” he said. 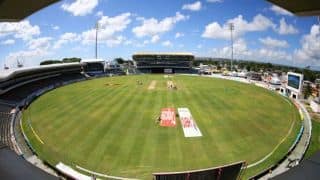