The Bombay High Court on Wednesday appointed a retired Supreme Court judge as arbitrator to resolve within three months the dispute between the Cricket Board and Deccan Chronicles Holdings Ltd (DCHL) over termination of the latter's IPL franchise Deccan Chargers. 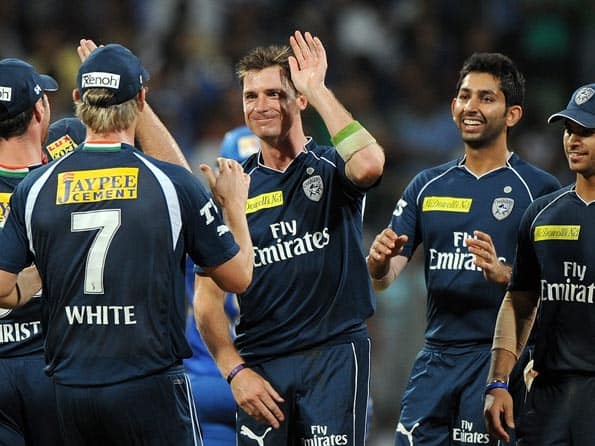 The Bombay High Court on Wednesday appointed a retired Supreme Court judge as arbitrator to resolve within three months the dispute between the Cricket Board and Deccan Chronicles Holdings Ltd (DCHL) over termination of the latter’s IPL franchise Deccan Chargers.

Justice S J Kathawala ordered the appointment of Justice C K Thakkar to mediate after the parties failed to come up with mutually-acceptable names of arbitrators.

The court, however, reserved its order on a plea made by DCHL to stay the BCCI’s decision taken at its emergency IPL Governing Council meeting in Chennai last week to terminate the contract of the cash-strapped Deccan Chargers.

The court further ordered DCHL to give Rs 100 crore bank guarantee to BCCI within ten days after it passes an order on the former’s petition seeking a stay on termination.

The court had yesterday suggested BCCI and DCHL to come out with mutually acceptable names of arbitrators. However, they could not arrive at a consensus on the names, following which the court appointed one of its choice.

Meanwhile, Yes Bank, the financial supporter of DCHL, which had yesterday moved a Chamber Summons seeking to intervene in the matter, today told the court that it wanted to withdraw its plea.

The court expressed its surprise and pulled up the bank for the flip-flop. “This is not proper”, the judge said.

Yes Bank had put forward three conditions to be met while seeking to intervene in the matter—withdrawal of BCCI’s decision to terminate the franchise, deposit whatever amount is due or receivable by Deccan Chargers in their account with Yes Bank and the Cricket Board release Rs 41 crore due to Deccan Chargers.

The bank had said if these conditions were not met, the entire exercise of trying to save the franchise would be futile. “If the franchise does not survive and we do not get the money, then what is the use of giving Deccan Chargers Rs 33 crores to clear its dues?” its counsel said.

The court, however, did not pass any order on Yes Bank’s withdrawal plea today.

DCHL Counsel Zal Andyarajuna argued today that Deccan Chargers had achieved substantial compliance regarding its debt obligations. Since DCHL and BCCI could not agree on names of arbitrators, he left it to the court to decide who should mediate in the dispute.

The Court had earlier ordered status quo to be maintained regarding the termination of the franchise by BCCI.

The Cricket Board had filed an affidavit listing a series of alleged breaches committed by Deccan Chargers. Arguing that the players had not been paid, BCCI said around 20 banks had lent money to DCHL with dues to the tune of Rs 4000 crore pending against the group.

DCHL had admitted yesterday in the court that it had to pay substantial debts but assured that it would meet its obligations. “We are under financial constraints but are making bonafide attempts to resolve them. We (Deccan Chargers) have been running the franchise since last 3-4 years and would continue to do so,” its Counsel assured.

BCCI, he argued, had not given them a chance to make a representation and terminated their franchise abruptly. This, he said, was very unfair despite assurance by banks, mainly ICICI, that the company would meet its obligations.

BCCI had, on the other hand, contended that Deccan Chargers had to pay the players, the Cricket Board and run the franchise. In order to run a franchise, one needs at least Rs 150 crore, its counsel Rafiq Dada told the court. (PTI)