Herath should be given the opportunity to play as long as the player wishes to is what Sir Richard Hadlee believes.

With Muttiah Muralitharan dominating the Sri Lankan spin contingent during most of Rangana Herath s youth, the latter had to be a late bloomer for his side. However, age seems just a number for Herath as he looks good to go for quite some time now, taking on the responsibilities in his shoulder after Muralitharan retired. Sri Lanka s numero uno choice for a spinner in Tests, Herath should be given the opportunity to play as long as the player wishes to is what Sir Richard Hadlee believes. READ: Kumar Sangakkara s role in resurrecting Rangana Herath s career

Age only becomes a barrier when you lose enjoyment in playing the game and when one s fitness challenges the body with injuries, aches and pains, Hadlee told gulfnews.com. I had never thought about being the oldest player to capture 400 Test wickets. It never bothered me and I don t think of it being a record. It was the culmination of 18 years work. It was the pinnacle of my career. It was my Mount Everest and I was pleased to get to the top of the world at that point in my life. It was the February 4, 1990, he added.

Retirement should be based on the cricketer s performance and not the average age, believes Hadlee. As for Herath, the 39-year-old picked up 16 wickets in two Tests as Sri Lanka beat Pakistan in UAE.

If one s performance are not up to standard, it is time to retire. I was 39 when I was confronted with those issues even though I got a wicket with my last ball and a five-wicket bag in my last game, Hadlee concluded. 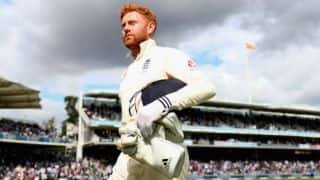 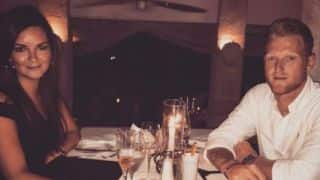