Australia's PM said there would hardly be an Australian over the past 40 years who hadn't listened to Benaud.

Sydney: The Australian government on Friday offered a state funeral to the family of former Australian captain and legendary cricket commentator Richie Benaud, who died aged 84. Australia’s prime minister Tony Abbott said there would hardly be an Australian over the past 40 years who hadn’t listened to Benaud on radio or television. Benaud died on Thursday night. Richie Benaud dies at the age of 84: Twitter reactions

“He certainly will be very, very much missed,” Abbott was quoted as saying by the BBC on Friday. “He was a very, very effective cricketer, a great captain, a great character and great personality.”

Benaud was born in Penrith, outside Sydney. All flags on New South Wales government buildings and establishments including the Sydney Harbour Bridge were lowered to half-mast on Friday. Benaud’s former employer, the Nine TV network, said his popularity extended well beyond the cricket community. Richie Benaud passes away: Greg Chappell remembers “hero”

“Richie Benaud’s passing has robbed us not only of a national treasure, but a lovely man,” David Gyngell, Channel Nine chief executive, said. “Richie earned the profound and lasting respect of everyone across the world of cricket and beyond, first as an outstanding player and captain, then as an incomparable commentator, and through it all as a wonderful human being,” Gyngell said. Richie Benaud passes away: Eight videos that highlight the legendary commentator’s career 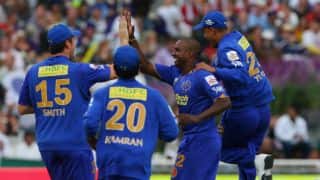 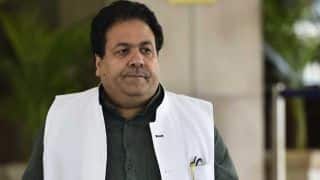