Royal Australian Mint memorialised Richie Benaud on a collectable coin on the first day of the third and final Test between Australia and South Africa at Adelaide Oval, on Thursday.

Royal Australian Mint memorialised Richie Benaud on a collectable coin on the first day of the third and final Test between Australia and South Africa at Adelaide Oval, on Thursday. One of the finest all-rounders of all time, Benaud was also coined the Voice of Cricket for his remarkable contribution in the field of commentary. In fact, he was the trendsetter of the word marvellous, among others. For that matter, the coin looks as good as the adjective often used to describe the great personality. The coin exhibits Benaud’s portrait in the backdrop of a packed cricket ground, with a batsman in full flow at top left. LIVE CRICKET SCORECARD: Australia vs South Africa, third Test, Day One at Adelaide

Royal Australian Mint’s chief executive Ross MacDiarmid said it was an honour to feature Benaud on the currency. “The coin design commemorates his reputable career in the many layers, from the Australian cricket team captain to his renowned status in the commentary box, he said. The collectible edition has a limited mintage of 95,929, reflecting Benaud’s career achievements including balls bowled, runs scored and wickets taken. “The Royal Australian Mint s concept for a coin depicting Richie s life was an idea enthusiastically endorsed by the Benaud family,” said his wife Daphne. “It is a quality product and we are delighted he has been honoured in this way.

A pioneer of entertaining, attacking cricket, the veteran of 63 Tests was the first player to score 2,000 Test runs and take 200 Test wickets. He also famously never lost a Test series as captain, and has, by all accounts, witnessed most Tests from the ground in multiple capacities.

After calling time on his playing career, he moved into commentary with BBC and later Channel Nine. When pay-per-view British Sky Broadcasting acquired cricket broadcasting rights in England from Channel Four (who used to telecast cricket in England for free) in 2005, Benaud refused to commentate in England anymore.

Kudos to Royal Australian Mint for a decision this marvellous. 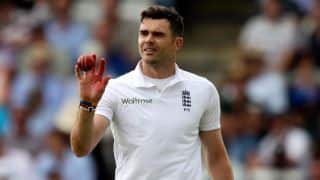 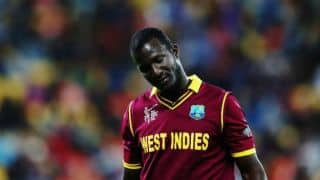