The Bengal wicketkeeper batsman is on a comeback trail and will play for the first time since going under the knife for a shoulder surgery after being picked for the state side s Syed Mushtaq Ali Trophy, starting February 21.

While Wriddhiman Saha was out with a lengthy injury lay-off after the IPL 2018, Rishabh Pant got his opportunity at the international level and seized it with both hands, something even Saha concedes. (ALSO READ: Wriddhiman Saha picked in Bengal s squad for Syed Mushtaq Ali Trophy)

Rishabh got his chance when I was out and just like anyone would look to grab their chance with both hands he did the same,” Saha told CricketNext.com. (ALSO READ: From Wriddhiman Saha to Ravindra Jadeja: A timeline of the BCCI s fitness inconsistencies)

The Bengal wicketkeeper batsman is on a comeback trail and will play for the first time since going under the knife for a shoulder surgery after being picked for the state side s Syed Mushtaq Ali Trophy, starting February 21.

While Pant s success had made it very tough for Saha to come back to the Indian team, the 34-year-old doesn t see the Delhi youngster as his competition.

I don t look at him as my competition, in fact when he came to the NCA we spent a lot of time together which was nice. We hardly spoke about performances and selection,” he said.

During the injury layoff, reports of mismanagement of Saha s injuries at the National Cricket Academy (NCA) were rife, but Saha said that NCA stint has really helped him.

The stint at the NCA was really helpful, Saha said, adding, The coaches and the physios worked very closely with me and that helped greatly. I spent a lot of time in the nets batting and keeping and at no point did I feel out of touch or rusty even after so many days. It never felt like I was batting after 8 months.

He is now looking forward returning to the game and doing well for Bengal, without worrying about national recall.

It definitely feels great to back in the mix after an injury layoff. Firstly for a sportsperson, there is nothing like the feeling of returning to the game and I don t feel like I ve been away for too long, rather just a couple of weeks or so, like a short break. Right now my focus is solely on helping Bengal do well in the Syed Mushtaq Ali Trophy.

My job is to play to the best of my ability and ensure I contribute to the needs of my team at all times.I feel the selection matters are not in my hand. So the main aim is to do well and then let things take its own course, he added. 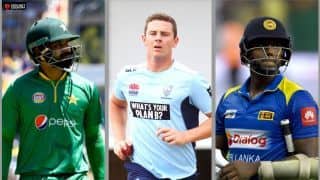 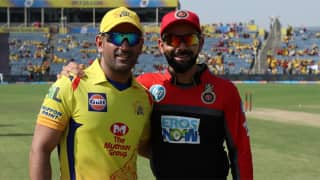