Saha is set to return to action for the first time since May 25.

The former India Test wicketkeeper batsman, who went under the knife for a shoulder injury, is set to return to action for the first time since May 25 when he last played for his Indian Premier League (IPL) franchise Sunrisers Hyderabad against Kolkata Knight Riders at the Eden Gardens.

“I’m approaching the tournament as just like returning from a normal break. It’s like the start of the season for me,” Saha said of his comeback. (ALSO READ: Bengal pacer Ashok Dinda hit on the forehead, taken to hospital)

Bengal will open their campaign against Mizoram in their group D fixture in Cuttack on February 21.

Things have changed dramatically for Saha in the nine months with Rishabh Pant establishing his place in the national side.

“I’ve never played cricket thinking about selection. It’s not in my hands. I’m focused on what is in my control and that is my performance. I’m keen to make full use of the opportunities that come my way,” the 34-year-old said.

India’s next Test assignment will only be after the ICC World Cup 2019 when they visit the West Indies for a two-Test series in July.

Manoj Tiwary will lead the Bengal side with Abhimanyu Easwaran as his deputy. Bengal had last won the title in 2010/11 season. (ALSO READ: It’ll be good to have face masks or something similar for bowlers: Ashok Dinda)

Bengal are clubbed alongside Mizoram, Karnataka, Assam, Haryana, Arunachal Pradesh, Chhattisgarh and Odisha in group D, the matches for which will be held in Cuttack. 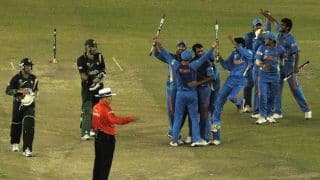 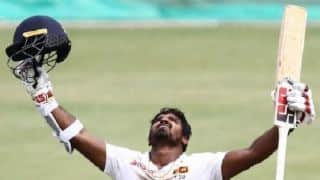