The BCCI senior selection committee on Saturday announced the India A squad for the five one-dayers against the Lions.

Wicketkeeper-batsman Rishabh Pant will play two one-dayers while Ajinkya Rahane will lead the India A side in the first three games against England Lions in a home series beginning January 23.

The BCCI senior selection committee on Saturday announced the India A squad for the five one-dayers against the Lions.

Pant was dropped from the ODI team for the just-concluded three-match series in Australia but he remains in the reckoning for a World Cup spot following his stellar showing in the Test series.

The hard-hitting batsman will play the ODI games on January 29 and 31 before flying to New Zealand for India’s T20 International series beginning February 6.

Also getting some game time will be Test vice-captain Rahane, who has been named in the India A squad for the first three one-dayers. Hanuma Vihari, who was a part of the Indian team which won a historic Test series in Australia, will also been seen in action alongside Shreyas Iyer and Shardul Thakur.

Maharashtra batsman Ankit Bawne will captain India A in the final two games and has also been included in the BP XI squad, which will take on England Lions in a warm-up match on January 20.

Besides Pant, Krunal Pandya will also get some time in the middle before the T20 series in New Zealand.

Domestic performances have been considered before picking the squad but citing the importance of domestic cricket, “the selection committee has not included members from the teams that have qualified for the Ranji Trophy semi-finals”.

The four Ranji semifinalists are Kerala, Saurashtra, Karnataka and Vidarbha.

The two four-day games will be held in Wayanad from February 7. 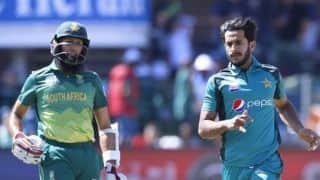 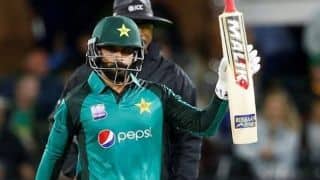