Former England cricketer Kevin Pietersen starred with a breathtaking 37-ball 75 to help his side beat India by six runs on Tuesday at Raipur. 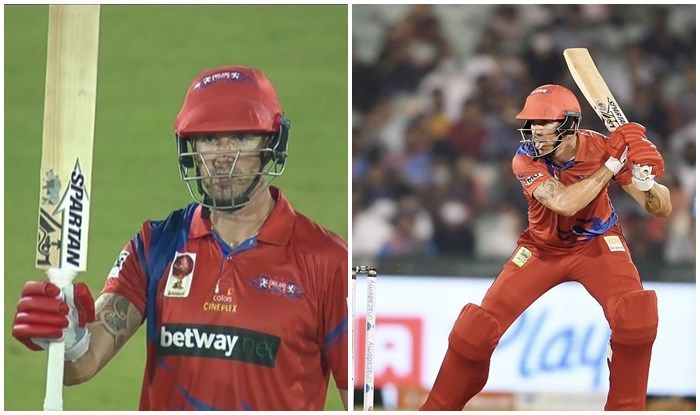 Former England cricketer Kevin Pietersen starred with a breathtaking 37-ball 75 to help his side beat India by six runs on Tuesday at Raipur. With the win, England remains unbeaten in the tournament and looks good to make the final. After winning the toss, India opted to bowl first on a placid batting track.

Pietersen and Phil Mustard got England off to a decent start as they got the side off to a flyer putting on 45 runs in four overs. Once Mustard was dismissed, Pietersen who was well-set by then took off. He hit the ball to different parts of the ground and put on an exhibition for the fans at Raipur.

His scintillating knock comprised of six fours and five sixes and it helped England post a mammoth 188 for seven in the 20 overs. Pietersen also brought up his fifty in 18 balls – which is the fastest in the history of the tournament.

Yusuf Pathan with three wickets was the best bowler on display for the hosts.

Chasing 189 to win, India got off to a disastrous start as they lost their top-order qucikly. India was 17 for three in three overs and England was on top. Virender Sehwag was the first to perish as he scored six runs, Sachin Tendulkar followed next – he scored nine. Mohammed Kaif could not get going as all he lasted was three balls.

The onus then shifted on Yuvraj Singh to play a blinder. He got a start, but could not carry on as he was dismissed for 20. India lost wickets at regular intervals and that did not help their cause as they never got any momentum in the innings. The Pathan brothers tried to rescue things but they could not go on for a long time. At the backend, Irfan put up a stellar show as he hit a quickfire fifty, but that was not good enough to take Indian over the line.

Monty Panesar picked up three wickets and was the best English bowler on display. 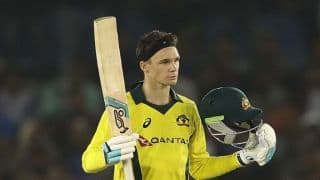 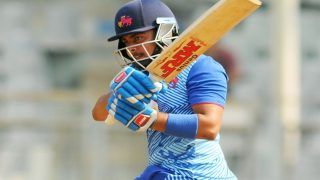