Amit Mishra, Ravindra Jadeja and Stuart Binny too have been included in the squads ahead of the Duleep Trophy final.

New Delhi: Six players who were part of India’s Test squad in the West Indies will feature in the Duleep Trophy final with Rohit Sharma and Shikhar Dhawan headlining the four-day affair beginning September 10 in Greater Noida. However, Indian Test captain Virat Kohli will not be part of the game which will be played with pink ball and under lights. Test specialist Pujara, who was already part of the India Blue squad, will be joined by Rohit, Dhawan, Amit Mishra, Ravindra Jadeja and Stuart Binny. The final will be played between India Blue and India Red at the Greater Noida Sports Complex Ground. READ: Pujara: Difficult to pick googly under lights with pink ball

The Test regulars will get the taste of the pink ball cricket and their feedback will be valuable before BCCI decides on staging the first ever day-night Test in India. BCCI president Anurag Thakur had earlier said that India would play their first ever day-night Test against the visiting New Zealand but the plan could not take off due to lack of testing with the pink ball. If everything goes to plan in the Duleep Trophy, we could see day-night Tests played in India really soon. READ: Virat Kohli could miss Duleep Trophy final 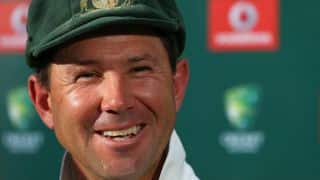