Rohit Sharma will captain a 13-man Board President XI's squad for a three-day match against South Africa to be played later this month.

Rohit Sharma on Thursday was named captain of a 13-man Board President XI’s squad for a three-day match against South Africa to be played later this month.

The squad includes Test opener Mayank Agarwal and fast bowler Umesh Yadav who though been dropped from the three-match Test series against South Africa, the members of which were also announced on Thursday.

The warm-up fixture, to be played in Vizianagaram from September 26th, will see several domestic stars including Bengal captain Abhimanyu Easwaran, Test discard Karun Nair, veteran allrounder Jalaj Saxena and wicket-keeper batsman KR Bharat among others who have been rewarded for their consistent performances.

Easwaran has been talked up as the next India opener whose average has not dipped under 40 in the five full years that he has played for Bengal. That consistency has seen him make steady progress to the doorsteps of an India call-up. More recently, with a match-winning 153 in the Duleep Trophy final, that too in front of the national selectors, he gave a good account of himself.

Jalaj and Shardul Thakur both were part of India A’s victory in the first unofficial Test against South Africa A that finished on Thursday. 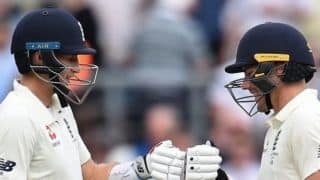