Henry is one of 22 New Zealand cricketers to make the final list for the IPL auction.

Young New Zealand pacer Matt Henry, who claimed four wickets on debut against India, said he would look to test his skills at the highest level and learn the tricks of the trade if he gets an opportunity to play in the seventh Indian Premier League(IPL).

Henry is one of 22 New Zealand cricketers to make the final list for the IPL auction, which will take place in Bangalore on February 12 and 13th.

“I know people think it might be about the money, but it’s not for me,” Henry was quoted by a website.

“At 22, you obviously want to be learning and this could be a way of fast tracking that. Even though I’m young, I know I’ve worked hard and I’m confident in my skill-set should I get an opportunity,” he added.

Henry had launched his One Day International(ODI) career in style when he returned with figures of four for 38 against India in the fifth and final match last month.

Henry’s Canterbury opening bowling partner Hamish Bennett has also received interest and will feature in the auction while all-rounder Corey Anderson is expected to feature highly after he smashed the fastest century in international cricket on New Year’s Day.

Among others, New Zealand captain Brendon McCullum has been named as one of 16 marquee players for the auction with a reserve price of NZ$388,000, while Kyle Mills, Nathan McCullum, Jesse Ryder, Martin Guptill and Tim Southee are other big names in the IPL auction. 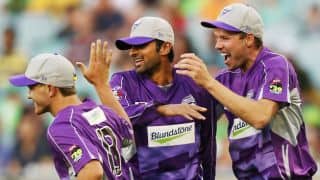