Statistically, the Taylor-Williamson partnership averages 60.91 together over 38 innings.

Kane Williamson and Ross Taylor put on their fourth consecutive century partnership when they put on 137 for the third wicket in the first One-Day International (ODI) between New Zealand and Zimbabwe at Harare. Here is a look at one of the most productive stands in ODIs.Kane Williamson and Ross Taylor are fast emerging as among the most productive partnerships in ODIs. As things stand, they are a long way off from achieving the runs that Sachin Tendulkar and Sourav Ganguly boast of, but in terms of average, they are right up there up near the top. Given that their last four partnerships have yielded over 100 runs, they will probably not find it too difficult to enhance that average. Ross Taylor ton sees New Zealand post commanding 303/4 against Zimbabwe in first ODI at Harare

Statistically, Taylor and Williamson average 60.91 together over 38 innings. Only Hashim Amla and AB de Villiers (who are Bradmanesque with an average of 81.96) are higher up in terms of average. Below is a table showing the leading ODI partnerships with at least 2,000 runs in descending order of average: BLOG: Zimbabwe vs New Zealand 2015, 1st ODI at Harare

The table is dominated by Indians, with four of the top six partnerships being Indian. However, Taylor and Williamson are currently in the top two, and barring a major loss of form by either one, are unlikely to concede their position. It is not only average that Taylor and Williamson have managed to excel at. They have put on 10 century stands so far in ODIs, which at this point is almost certain to go up. Below is a table showing the most century stands in ODIs: Zimbabwe vs New Zealand 2015, Live Cricket Score: 1st ODI at Harare

The most 100-plus partnerships have been put on by Tendulkar and Ganguly, but there is a huge cluster in the 10-15 centuries mark. Another few big knocks together could see Taylor and Williamson — both in great form — reach close to the top. READ: New Zealand play as Aotearoa in honour of Maori heritage 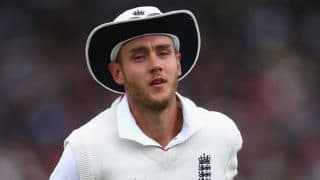 Ashes 2015: Stuart Broad desperate to fill in for James Anderson in 4th Test at Nottingham 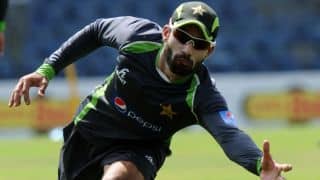 Sarfraz Ahmed's non-selection in T20s will be looked into: Pakistan selector Haroon Rasheed