Cricket Australia (CA) high performance manager Pat Howard feels that its rotation policy will help strengthen the Test side rather than compromise on performance. 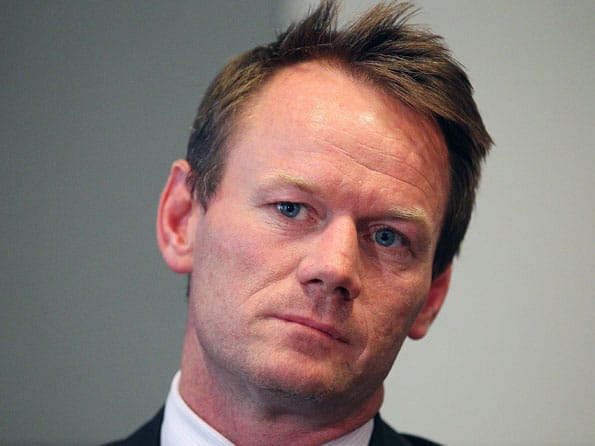 Cricket Australia (CA) high performance manager Pat Howard feels that its rotation policy will help strengthen the Test side rather than compromise on performance.

Howard says CA aims to carefully manage the workload of individual players at a time when Australian cricket was being affected by injuries to key players due to an overdose of cricket.

All-rounder Shane Watson, paces Pat Cummins, James Pattinson and Mitchell Johnson are all out with injuries while speedster Ryan Harris and batsman Shaun Marsh have only recovered from their own ailments.

“It’s a series-by-series decision. It’s not rotating every Test, that’s not what we’re trying to do. To coin a phrase by (selector) John Inverarity: Stable but not staggered,” Howard was quoted as saying by The Age.

“We make sure that we give a nice base and foundation to the team and the squad while looking for opportunities to introduce players at different times.That’s definitely not putting out a ‘B’ team at any stage, that’s for sure,” he said.

Howard said all the players’ injuries are being individually adressed.

“Some players can last a full year and you can roll them out all year round and their bodies cope with it. Other players you know they might have a lot of injuries behind them and you do need to individually monitor them. We know bowlers are less injured these days than they were 10 years ago per 1000 balls they bowl. But we want to get that even better,” he said.

Howard said, though Australian have comprehensively beaten India in the first two Tests, there was plenty of work to do if the side was to reclaim the No.1 Test ranking.

“We don’t have short memories. We’ve had some real highs and some real lows over the past six months,” Howard said, pointing to the recent Test loss to New Zealand in Hobart as the perfect example.

“The Argus review talks about the stated aim is to be number one in the rankings, but that’s going to take a few years,” he said. (IANS)

Australia will not push for James Pattinson's comeback: Pat Howard

Kevin Pietersen to play for Delhi Daredevils in IPL 5