Australia are yet to win a World T20 title having played in 5 editions.

Melbourne: Former Australia fast bowler Ryan Harris has lamented the compressed international schedule and labelled the World Twenty20, scheduled to start in India next month, a waste of time. Australia have played eight Twenty20 Internationals since the last World T20 in Bangladesh two years ago, including a run of just one game between November 2014 and January this year. The side was also whitewashed 0-3 by visitors India on Sunday in the three-match series. Harris, who retired before the Ashes last year, believes the scarcity of matches makes it difficult to build a meaningful campaign for World T20. FULL CRICKET SCORECARD: India vs Australia, 3rd T20I at Sydney

“Personally, I think it’s a waste of time having a World T20. Last year we played one T20, this year I think we play six. To take it seriously, you need to play a lot more than that when there’s a World Cup involved,” Harris was quoted as saying by Melbourne radio station SEN on Monday.

The reigning World Champions in the 50-over format, after playing the T20I against India on Sunday, will play their first One-Day International (ODI) against hosts New Zealand on Wednesday. Harris said the tight international schedule – with three days gap between two games – has hindered the team’s preparation for the T20 showpiece.

“Scheduling there doesn’t exactly let you have your best team out on the park. You’ve got your one-day team, who’s probably half of your T20 side, having to get over to New Zealand and acclimatise. I know when we get our best side on the park – that wasn’t far away from it yesterday – I know we’ll perform well,” the 36-year-old said. READ: Australia are an atrocious T20I side!

In an effort to combat the quick turnaround between two series, star players Steve Smith and David Warner were taken out of the later part of Australia’s T20 squad against India and flown to New Zealand.

Australia had used 19 different players across the recently concluded three-match T20I series, raising questions over the make-up of its best XI for the World T20. 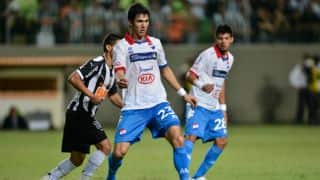