Ryan Harris isn't expecting the Australian cricket team to make drastic changes to their Test XI for the upcoming home series against India.

Ryan Harris isn’t expecting the Australian cricket team to make drastic changes to their Test XI for the upcoming home series against India. The former pacer though feels Mitchell Marsh needs to bat lower down the order from where he has scored his two Tes centuries.

In the absence of Steve Smith and David Warner, currently serving bans for ball-tampering scandal, India are being touted as the favourites to win a maiden Test series in Australia.

Australia are grappling with their form across formats apart from the off-field developments that have kept them in the spotlight. On Friday, they ended their seven-match losing streak in ODI cricket with a close seven-run win against South Africa.

On their tour of the UAE, they lost a two-Test series against Pakistan 1-0 before being at the receiving end of 3-0 T20I clean sweep against the same opponent. Australia took field with a host of debutant during the Test tour including Aaron Finch, Travis Head and Labuschagne. The form of allrounder Mitchell Marsh was a concern as he managed mere 30 runs across four innings.

However, he has roared back to form after hitting 151 while leading Western Australia in Sheffield Shield.

Marsh thrice batted at the No. 4 spot during the Pakistan Tests in which he managed 17 runs. “I don’t think there will be too many changes,” Harris told SEN (Melbourne radio station). “The only thing I’d change, personally, I don’t think Mitchell Marsh is a No.4. With Matt Renshaw, he should come back in at the top, and pushes Marsh down to five or six.”

Harris, who is now a coach at Cricket Australia’s (CA) National Performance Squad, echoes the views that the current situation with the national side makes it a great opportunity for anyone who ends up scoring tons of runs in domestic cricket to break into the squad. With players of the likes of Jason Sangha and Jack Edwards hitting their maiden first-class centuries, there are talks of hastening their promotion to senior side.

But Harris has warned against any such move saying the youngsters should show consistency before earning their baggy greens. “I’ve heard it said a number of times, if you’re at Shield level now and you’re making hundred after hundred after hundred there’s a big carrot there if you want to take it,” Harris said. “If someone is doing that, there’s been a couple of guys already who have made a good start to the season, if they’re doing that consistently then who knows, their opportunity might come. They are hopefully going to be superstars. But let’s let them earn it first and get them to average around 40 in first-class cricket.” 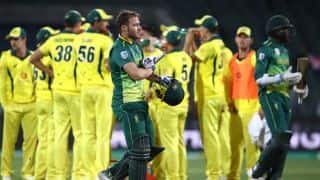 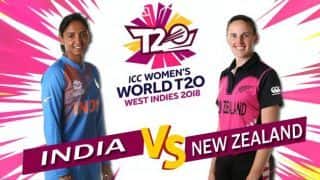