The player is in a stable condition but in Coma.

In an unfortunate incident, young South African cricketer Mondli Khumalo suffered serious injuries after being assaulted at Bridgewater, England in the early hours of Sunday morning. The 20-year-old was rushed to the hospital where he went into coma.

As per reports, the South African underwent a successful surgery but is not out of coma yet. It is reported that Khumalo’s condition is stable and the doctors are optimistic that the player will come out of the coma soon. For the unversed, Khumalo represented the SA U-19 team in Cricket World Cup in 2020. He was playing as an overseas professional for North Petherton Cricket Club in England.

“We have learned with sadness of the incident involving Mondli Khumalo this weekend. Mondli is in a serious condition at Southmead Hospital in Bristol,” Sathiaseelan told Club Cricket SA on Monday as quoted by IOL.

“He had surgery yesterday and the surgeon has reported that the operation was as successful as it could be. Mondli is in an induced coma, but the surgeon is positive that he can recover from this. We have been in contact with Mondli’s mom and we are doing our level best to obtain a passport for her, so that she can be with Mondli during this trying time.”

“This incident is, indeed, sad and we ask all to keep Mondli in their prayers. As a union we are doing our utmost to get family members over to the United Kingdom as soon as possible,” he added.

What a sick world we live in! ?Please pray for my teammate Mondli Khumalo! ???? ?

He was brutally assaulted while heading home from a night out and he is currently fighting for his life in hospital in the UK. pic.twitter.com/94MrXhArs4

Meanwhile, Avon and Somerset police has confirmed the arrest of a 27-year-old on suspicion of causing bodily harm to the South African cricketer. “We’re investigating a disorder which happened at a taxi rank in Bridgwater. A 20-year-old man was assaulted during this incident and he’s in hospital undergoing treatment after suffering serious head injuries,” read a statement from Avon and Somerset Police.

“The incident happened at around 3am in the Friarn Street area, and involved a large number of people. A 27-year-old man has been arrested on suspicion of causing grievous bodily harm.” 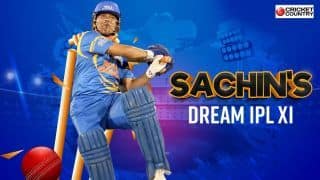