Sri Lanka had collapsed from 71/1 to 84/5 by lunch, and things didn't much improve after the break. 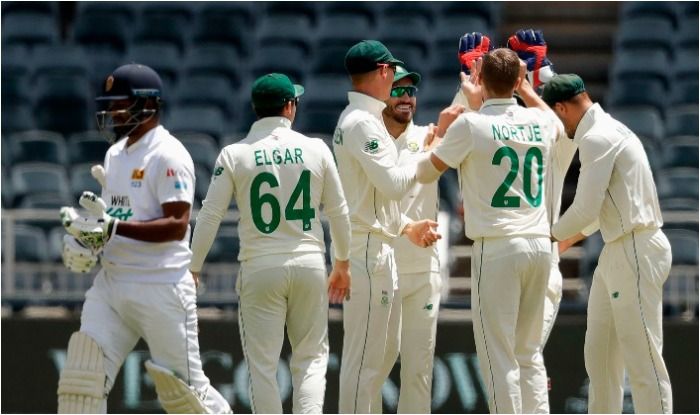 Kusal Perera helped get the visitors off to a respectable start after opting to bat first, scoring a 67-ball 60 to take Sri Lanka to 71/1. Apart from Perera, Wanindu Hasaranga (29), Dushmantha Chameera (22) and Lahiru Thirimanne (17) were the only other players who scored in double digits.

When Perera edged Wiaan Mulder to Aiden Markram at slip shortly before lunch, it sparked a collapse from which Sri Lanka couldn’t fully recover.

Mulder produced a peach to dismiss Kusal Mendis for a duck later in the same over, and then snared Lahiru Thirimanne in his next over, with both players also caught in the slips as the all-rounder surged to figures of 3/1 before the break.

?? Dean Elgar and Rassie van der Dussen have taken their partnership to 114* by stumps ?

Nortje also joined in on the action, finding steep bounce from back of a length to take the edge of debutant Minod Bhanuka as he looked to punch it off the back foot.

Sri Lanka had collapsed from 71/1 to 84/5 by lunch, and things didn’t much improve after the break. Wicketkeeper-batsman Niroshan Dickwella was well caught by De Kock in front of first slip to give Nortje his third, and Dasun Shanaka feathered one to be dismissed by the same combination and leave the visitors 110/7.

In response, South Africa lost opener Aiden Markram early but Elgar and Rassi van der Dussen then consolidated the innings for the hosts. They ended the day trailing Sri Lanka by nine runs with Elgar and van der Dussen’s partnership on 114 runs at stumps. 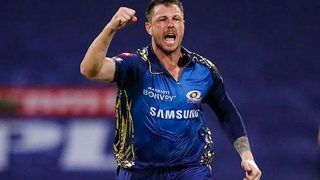