Considered to be two of the greatest ever ODI batsmen, the Indian maestro beat the aggressive West Indian 53-47

‘God of Cricket’ Sachin Tendulkar has edged West Indian great Viv Richards in the quarter-final of the GOAT contest. Considered to be two of the greatest ever ODI batsmen, the Indian maestro shaded the aggressive West Indian 53-47. GOAT, held by cricket.com.au is a fan’s poll on the greatest ODI(One Day International)player of all time. The contest was started of with 64 players chosen for the poll. Richards beat Aravinda de Silva hands down in round of 64, before beating Mahela Jayawardena in round of 32 and Javed Miandad in round of 16. Tendulkar on the other hand beat fellow Indian Rohit Sharma in first round, before beating Saeed Anwar in round of 32 and Michael Bevan in round of 16. ALSO READ: Warne pips Muralitharan in ODI GOAT contest

Richards is considered by many to be the ‘Greatest ODI player of all time’. His aggressive batting during the 1970’s and 80’s was a treat to watch for fans. At a time when runs were scored at brisk pace, Richards used to blast the bowlers apart, without fearing for his wickets. His batting style is considered as the benchmark for aggressive cricket in recent times. He amassed 6721 runs in 187 matches at an extraordinary strike rate of 90.20. Richards can be proud of being a part of select few players to have two World Cup’s, having won back to back trophies in 1975 and 1979.

His competitor needs no introduction. Hailed as a ‘God’ in India, there was no record which was kept away from the Little Master. 18426 runs from 463 games speaks volumes of his ability. He has always been put on same level as the late Great Don Bradman. He was also the first batsman to score a double century in ODI cricket, a innings which might have been the reason for edging Richards. Tendulkar finished his career with one World Cup, which Indian won in 2011. 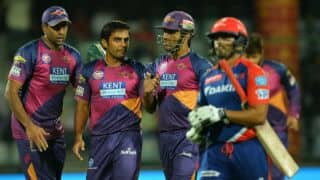 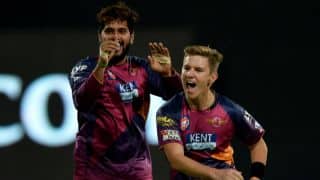