Ganguly said that Sachin doesn't have as much control over football as he has with the bat.

They are rated as the best opening batting combination in the history of one day cricket. But having served India together for years, Sourav Ganguly and Sachin Tendulkar now find themselves on the opposite sides of the Indian Super League. However, Ganguly  said tongue-in-cheek that the Mumbaikar has to first learn the game of soccer.

“We are now on opposite sides of the sideline,” Ganguly told a television channel ABP  Ananda , a day after bagging the Kolkata franchise alongside industrialists Sanjiv Goenka and Harshvardhan Neotia and merchant backing and financial services expert Utsav Parekh and Spanish premier league side Atletico Madrid.

Tendulkar has partnered PVP Ventures to win the rights of the Kochi franchise.

In a light mood, Ganguly said: “I have to teach him football. He doesn’t play football that well. The way he puts bat to ball, he doesn’t have that much control over football. Now he has to pick up the nuances of soccer to compete with the Kolkata franchise.”

Ganguly, who dabbled in football till his college days and had at one point of time considered making a career out of the sport before settling for cricket, said Tendulkar could not learn Bengali properly despite playing with him for India over a 15-year period.

“I am not sure whether he will be able to learn soccer fast. I hope he won’t take 15 years to learn soccer. Because after 15 years, Tendulkar may not bee seen on the field. So I have to request him to learn the game fast,” Ganguly continued in the same vein. 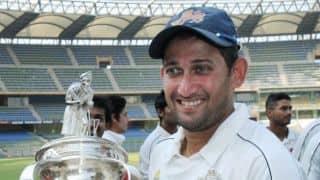 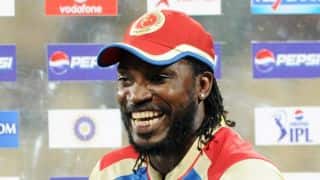 IPL 2014: Yuvraj Singh and I will do Gangnam Style together, says Chris Gayle