Sachin Tendulkar may continue his association with the Mumbai Indians despite having announced retirement from the Indian Premier League (IPL). 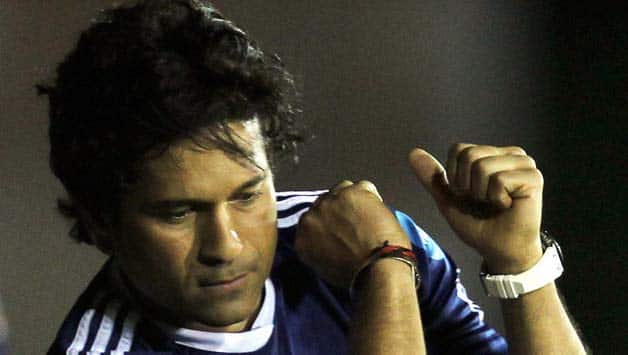 Sachin Tendulkar may continue his association with the Mumbai Indians despite having announced retirement from the Indian Premier League (IPL).

Tendulkar said he has enjoyed his time with the IPL franchise in the last six years, and when questioned about the possibility of seeing him in the Mumbai Indians’ dugout during the seventh edition of IPL, the legendary batsman said he thinks there could be a strong reason for him to remain with the team.

In an interview to the official website of the Champions League Twenty20 (CLT20) 2013, Tendulkar said after Mumbai’s title win, “As of now, I don’t know. We’ve just won this tournament and I want to enjoy this moment.”

“There are still good six months and I am sure something will come along till then. I am actually looking forward to the next season because I have been part of MI for six years now and it has been an experience I have really enjoyed,” he added.

Tendulkar, who called it quits from the IPL after Mumbai Indians lifted the IPL 6 trophy, said it was the perfect time to retire from the Twenty20 event as he has to “face the reality” after turning 40.

“I think this is the right time to stop playing IPL. I am 40. I have to face the reality. I had decided that this would be my last season. And now the ending is perfect,” Tendulkar had said after Mumbai beat Chennai Super Kings by 23 runs at the Eden Gardens.

Sachin Tendulkar: All my dreams have been accomplished now