Tendulkar won the right to own the Kochi franchise in partnership with the Prasad V Potluri of PVP Ventures.

Considered the ‘God of Cricket’ for more than two decades, the iconic Sachin Tendulkar Sunday took the plunge into football when he bought the Kochi franchise in the Indian Super League, forming a new bond with ‘God’s own Country’. Tendulkar, who brought the curtains down on a glorious 24-year international cricket last November, won the right to own the Kochi franchise in partnership with the Prasad V Potluri of PVP Ventures.

“I will always remain a sportsman at heart who is keen to positively impact the sporting fabric of the nation. The Indian Super League presents a great opportunity to develop a platform for the youngsters to learn and enhance their talent to develop into outstanding players,” Tendulkar said in a statement. The 40-year-old Mumbaikar was earlier this year conferred with the prestigious Bharat Ratna. “It has been an interesting experience interacting with the young, passionate team at PVP Ventures led by Prasad Potluri. Based on the various insights shared by the team, the opportunity of the Kochi club seemed like a compelling and challenging proposition. With the Kochi club, we will strive to ‘score our goals’ and play a part in developing the game of football across the country,” the batting legend added.

Tendulkar amassed 18,426 runs in 463 one-dayers at an average of 44.83. The diminutive right-hander has an astonishing 49 hundreds in the format, including a double hundred — the first in this form of the game. Tendulkar also has a mammoth tally of 96 ODI 50s to his credit. His Test records are as awe-inspiring. The right-hander has 15,921 runs at an average of 53.78 in 200 matches. The tally includes 51 hundreds and 68 half-centuries. PVP has a significant presence in real estate, media and entertainment and also owns Hyderabad Hotshots in the Indian Badminton League.

“We look forward to developing the Kochi club in the Indian Super League and are proud to partner with one of India’s greatest sportsmen, Sachin Tendulkar, in our efforts. We will tap the potential talent as also channelise the fervour and passion for football across the country to enhance the quality and competitive level of the sport. The following and enthusiasm of football in the southern part of the country presents a fertile opportunity for us to execute our plans and leverage global expertise for the development of a world class club,” said Potluri, Chairman & Managing Director at PVP Ventures Limited. 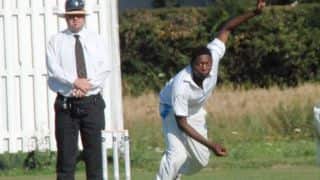