Sachin Tendulkar, being a true ambassador of cricket, has added another feather in his career, as he became the first cricketer to launch his mobile game.

Sachin Tendulkar, being a true ambassador of cricket, has added another feather in his cap, after he became the first cricketer to launch his own mobile game. Tendulkar launched the ‘Sachin Saga Cricket Champions’ in Bengaluru on Thursday. The game has been created and designed by JetSynthesys, a leading digital entertainment and gaming company. Tendulkar was alongside JetSynthesys Non-Executive Chairman Kris Gopalakrishnan, and Vice Chairman and Managing Director Rajan Navani, during the launch. The game is all about the journey of Tendulkar. His quest to become one of the cricketing greats, as fans get to play his greatest innings via the game.

“With Sachin Saga, the aim is to bring cricket fans together and enable each one of them to experience my journey through this game. Sachin Saga Cricket Champions is a game that also has a lot of trivia and fun in addition to being competitive and challenging. I wanted to ensure that everyone got a chance to play this game, no matter what phone they had, hence our team has really worked hard to bring this game to every mobile device. I really hope the game helps cricket enthusiasts to become champions in the digital games arena with their talent and my experience,” said Tendulkar.

“It is delightful to see the response we have received through the pre-registration from cricket lovers across the country. Our vision through this game, is to give mobile gaming players the opportunity to re-live the magnificent career of a superstar sportsman like Sachin Tendulkar. We are upbeat about our proposition and are hoping that the cricketing universe enjoys the effort we have put in to bring dream to reality on a virtual platform,” said Navani, the Managing Director of JetSynthesys.

“Our global game development team at JetSynthesys has leveraged state of the art technology to create an engaging experience for gamers around the world, in a sport that is a religion in India, brought to life with the iconic Sachin Tendulkar,” said Gopalkrishnan.

About the game (as the Android page says)

Get ready to play as the legendary master blaster himself in all his glory! Hit shots the way he did, in iconic matches that he led to victory and in authentic stadiums with real-world conditions. We put you in Sachin s shoes to live and experience the cricketing adventure of god himself.

Choose from over 100 cricketers and build your dream team. Compete on the leaderboard in timed events and chase the dream to become the ultimate cricket champion and meet Sachin himself.

o Play as the master blaster himself in his most iconic matches from his past in the same conditions and stadiums as he did. Start the journey of a young 16-year-old Sachin that made him a legend and play his glorious career of 24 years.

o Build your dream team and play a full game as a 11-man squad in up to 50 over matches and compete with real players in the game to fight for the top spot in leaderboards.

o Multiple time-limited events hosted every month that allows you to play your team against other teams.

o Over 100 Legendary cricketers to be collected and added to your team.

o Acquire players from recent teams and yesteryears and build your own team.

o Cricketers have varied levels of Rarity ranging from common to legendary.

o Play the game in its truest form (zone based bat connections) i.e. well-timed connection of the bat with the ball defines the outcome of the shot and a miss timed connection could result in a catch.

o Motion captured batting shots of Sachin himself that allows you to play all his legendary shots the way he does.

o Dynamic camera angles that allow you to relive your shots from the best angles.

o Replay camera Experience the beauty of the shot in slow motion as you knock one out all the way.

o Fielders slide and dive to reach the ball just like in actual games.

o Play in world famous stadiums from around the globe.

o Battle friends and other players alike, to win trophies and other in-game rewards.

o Stand a chance to win authentic signed merchandise from Sachin himself by winning the leaderboard events.

o Win other exciting rewards from different time-limited events that you win. 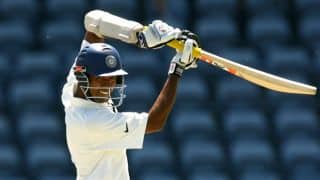