Crowe had penned down a touching tribute for his countrymen prior to the ICC Cricket World Cup 2015 final against Australia.

Sachin Tendulkar paid tribute to late Martin Crowe who passed away at the age of 53 in the early hours of Friday. The New Zealand former cricketer, who was surrounded by his family during his last hours, succumbed to cancer. He was one of the few legends produced by New Zealand and the news of his death surely led the cricketing fraternity silent as they mourned the passing away of Crowe who had been battling cancer since September 2014. “Heartfelt condolences to family and fans of #MartinCrowe. Great cricketer and a fighter till the very end,” Tendulkar tweeted. READ: Russell Crowe, Stephen Fleming, others pay tribute to Martin Crowe

“It is with heavy hearts that the family of Martin Crowe, MBE, advise his death,” Crowe’s family said in a statement on Friday. COMPLETE COVERAGE: Martin Crowe passes away

Heartfelt condolences to family and fans of #MartinCrowe. Great cricketer and a fighter till the very end.

Crowe had penned down a touching tribute for his countrymen prior to the ICC Cricket World Cup 2015 final against Australia. It was the first time when the Black Caps had made it to the final of the big event. “My precarious life ahead may not afford me the luxury of many more games to watch and enjoy. So this is likely to be it. The last, maybe, and I can happily live with that,” Crowe wrote.

I will hold back tears all day long. I will gasp for air on occasions. I will feel like a nervous parent. Whatever happens, March 29 at the MCG will be the most divine fun ever,” Crowe said in one of the many columns he wrote for various publications after retirement. 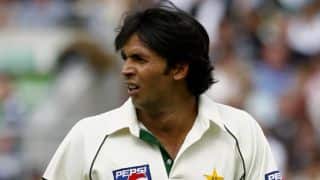