Cricket icon Sachin Tendulkar has agreed to a request of CPI-M LDF government in Kerala to use his name in a campaign against drug and liquor abuse in the state. This was stated by Chief Minister Pinarayi Vijayan after Tendulkar along with three other co-owners of the Kerala Blasters Football Club (KBFC) met him at the state secretariat in Thiruvananthapuram on Wednesday. “Tendulkar has given consent to use his name to strengthen the campaign against liquor and drug abuse in the state. He has agreed to cooperate in the campaign,” he told reporters. Asked whether Tendulkar would be the state’s ‘ambassador’ for the campaign, Vijayan said all those things would be discussed later. ALSO WATCH: Watch video: Tanmay Bhat’s controversial humour on Sachin Tendulkar and Lata Mangeshkar

Vijayan also said the KBFC has agreed to set up a residential Football Academy to train young talents in the state. Speaking on the occasion, Tendulkar said the main mission of the academy was to produce international level players from the soccer-crazy state in the next five years. “You will have really something to smile in a few years time,” Tendulkar said. ALSO READ: Sachin Tendulkar’s son Arjun selected over Pranav Dhanawade: Twitter reactions

Pinarayi Vijayan was sworn in as the Chief Minister of Kerala on May 25, 2016. 18 cabinet ministers had also taken an oath in front of a large crowd at the Central Stadium, Thiruvananthapuram. Oommen Chandy was the earlier Chief Minister of the state. 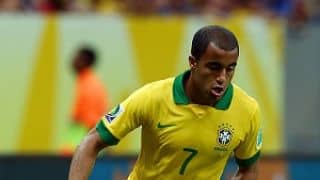