Sachin Tendulkar should get back to runs to get people's respect, says Bishan Singh Bedi

Sachin Tendulkar should get back to runs to get people's respect, says Bishan Singh Bedi

Former India captain Bishan Singh Bedi on Friday took an indirect dig at Sachin Tendulkar's prolonged lean patch, saying it was high time for him to start scoring runs again."It's high time that he [Tendulkar] should get back to runs to get people's respect," said the legendary left-arm spinner. 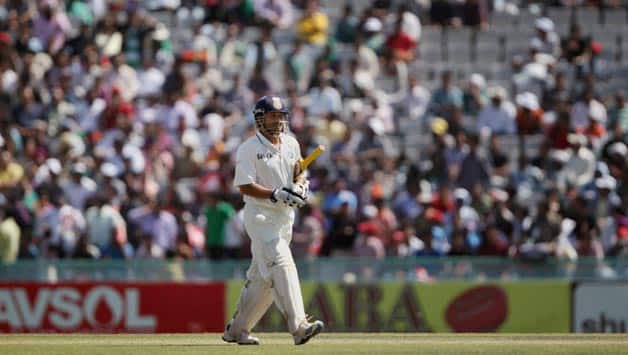 Former India captain Bishan Singh Bedi on Friday took an indirect dig at Sachin Tendulkar‘s prolonged lean patch, saying it was high time for him to start scoring runs again.”It’s high time that he [Tendulkar] should get back to runs to get people’s respect,” said the legendary left-arm spinner.

Here in the city for a promotional programme, Bedi said getting 10 wickets in a Test match is like scoring hundreds in each innings.

“Even a player of Tendulkar’s calibre has not done it, so it’s an enormous achievement,” Bedi said recalling his only 10-wicket haul in Perth.

The 66-year-old hailed former India captain Sourav Ganguly and said the Bengal cricketer contributed enormously to the rise of the Indian cricket.

“Like in present day, we are reading so much about Mahendra Singh Dhoni but the present day cricket was set up by Sourav Ganguly. He has enormous contribution to the Indian cricket. It has just been taken forward by Dhoni in a calm manner. Calmness is Dhoni’s greatest quality. Indian cricket always had ups and downs but now it seems reasonably stable,” he said.

Comparing Ganguly with late Mansoor Ali Khan Pataudi, Bedi said, “I honestly feel that Tiger Pataudi was the greatest thing to have happened to the Indian cricket. He brought the sense of Indianness to the dressing room. Winning as a habit was cultivated by Tiger Pataudi.”

“We have seen the result in Ajit Wadekar team winning three match series in 1971. With due respect to Wadekar, I am saying that the seeds were sown by Pataudi,” he added.

“I am fortunate to have bowled to Sir Sobers. He was the ultimate cricketer. Two people — Sobers and Bradman — would not emerge in world cricket again.”

Talking on a panel alongside India off-spinner Ravichandran Ashwin, Bedi was all praise for the side especially after their Champions Trophy triumph.

“It’s a great time for Indian cricket. We have good players and spinners like Ashwin. He has everything in him to become the go-to man for the Indian cricket.”

India vs Zimbabwe 2013: Shikhar Dhawan says it was 'lucky day' for him