He sits on a pile of batting records but Sachin Tendulkar's 'not-so-impressive' stint as captain remains an abiding paradox in Indian cricket and former BCCI secretary J Y Lele feels it was because he "used to pay heed to too many advices". 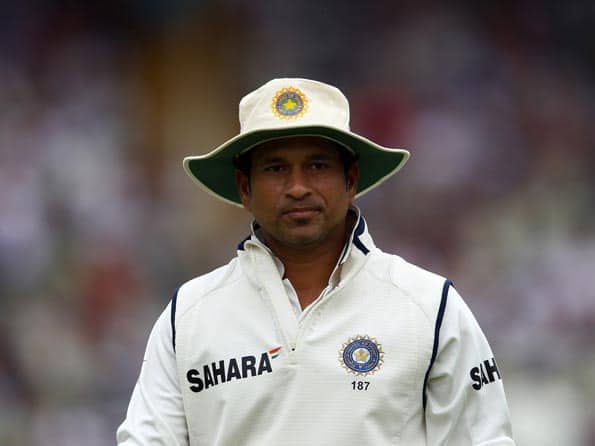 JY Lele said for Sachin Tendulkar, it was disrespectful to ignore suggestions from elders Getty Images

He sits on a pile of batting records but Sachin Tendulkar’s ‘not-so-impressive’ stint as captain remains an abiding paradox in Indian cricket and former BCCI secretary J Y Lele feels it was because he “used to pay heed to too many advices”.

For a cricketer who has made it a habit of breaking one record after another and is on the threshold of another — 100 international centuries — the champion batsman has a modest captaincy record to boast of.

Lele, in his newly published book, ‘I Was There – Memoirs of a Cricket Administrator’, writes that Tendulkar used to pay heed to too many advices and thought it was disrespectful to ignore suggestions from elders.

“Sachin could not exactly prove himself as a successful captain, though as a player he is a legend, the greatest! I need not specially write about his unmatched batting prowess, as it is a worldwide accepted fact and volumes have gone into describing his cricketing skills. When I saw him step down as captain, I was in tears!” writes Lele in his memoirs.

“I consider myself lucky that I got many opportunities to interact with him when he was captain. His biggest problem was that he used to listen to too many people. Basically a very soft, rather shy, cultured gentleman, Sachin played international cricket at the tender age of 16 plus, and from then on, formed the habit of respecting elders. He thought it was his duty to implement what they suggested. While doing so, he sometimes did not apply his mind. In deserving cases, it proved advantageous, in others, otherwise,” Lele writes.

Lele also says that Tendulkar, at least on one occasion, listened to someone else’s recommendation and backed a player without knowing that he had been dropped by his own Ranji Trophy team.

“A classic example came at the very beginning of his stint. In the series against South Africa, after the Kanpur Test match, the selection committee met to select the team for the next match in Ahmedabad. Chairman Kishan Rungta was a no-nonsense man and the best selector, who always attended meetings well-informed, to do justice to his job,” writes Tendulkar.

“At that meeting, Sachin said that Mumbai’s Nilesh Kulkarni was a fine bowler and as he had taken 26 wickets the previous season, he should find a place in the team. Rungta asked him, “Yeh wickets usane kaunsi tournament me liye? (In which tournament has he had taken these wickets?) Have you seen him bowl?

“Sachin fumbled. Though he himself was a Mumbai player, he had rarely played a Ranji Trophy match for Mumbai for some time due to his busy international schedule, nor had he followed the scores. ‘No sir, but I know he has taken 26 wickets and is very good’,” Sachin continued tentatively.

Rungta said, “Dear skipper, I might have given thought to your recommendation if you had seen him bowl. Now, let me tell you for your kind information that in the current season, Mumbai has played two Ranji matches and Kulkarni has not played a single. He was dropped from the team. Tell me, how can a player find a place in the national team when he is not found worthy of selection in the local team?”

“Sachin had no answer. The fact was that someone had strongly recommended Kulkarni’s name and without cross-checking the records, Sachin blindly put his proposal forth and unfortunately had to cut a sorry figure!” Lele writes.

Lele, whose stint as a BCCI office-bearer almost coincided with the master-blaster’s grand entry into international cricket, has also revealed that Tendulkar was intent on quitting the captaincy in the midst of the opening Test against South Africa in 1999-2000 and finally hang up his boots as captain after the Test series got over.

“In the evening, Sachin handed over a letter to me. To my shock, it was his resignation letter as captain! I was stunned! It was very embarrassing. One Test match of the series was about to end and the second and last match was scheduled to start within a few days in Bangalore. Even if he felt humiliated or guilty, he should have waited till the conclusion of the Test series and then resigned.

“I tried to convince him but he felt enough was enough. He appeared mentally tired and wanted to quit. It was a very difficult situation,” writes Lele.

Lele added that he then sought intervention of then BCCI chief Raj Singh and former all-rounder Ravi Shastri and and after they too failed in their bid he approached Sachin’s wife Anjali before the cricketer relented.

“As the last effort, Ravi and I spoke to Sachin’s wife Dr. Anjali separately. I suggested that if he did not want to lead the side, he could tender his resignation even now, stating that he would relinquish the reins at the end of the Test match series and it would be appreciated. Thank God, I do not know exactly whose influence ultimately prevailed, but Sachin led India in the second Test, much against his will.

“Unfortunately, India lost the second Test too. The selection committee named Sourav Ganguly as captain for the ODI series and confirmed him later for Test matches too,” Lele added. (PTI)

Kohli, Raina and Rahane have lifted the Indian fielding by several notches