Sachin Tendulkar wrote a letter to Indian Olympic Association (IOA) conveying a strong message relating to who the real ambassadors of the sport are. “I strongly believe that the sportspersons from different parts of the country, pursuing their unique skills are the true ambassadors of the growing sporting culture in this country,” he wrote in that letter of acceptance of the role of becoming a goodwill ambassador for the Rio-bound contingent. The IOA  made all the news for the past few weeks after they announced Bollywood superstar, Salman Khan, as their Goodwill ambassador for the Rio Olympics athletic contingent. READ: Sachin Tendulkar approached by IOA as brand ambassador for Rio Olympics 2016

Iconic Olympians like Milkha Singh, Dhanraj Pillay and Yogeshwar Dutt expressed their displeasure over the decision of roping in Salman, whereas popular sportspersons like Sourav Ganguly and Bhaichung Bhutia supported Salman’s appointment as it would add more glamour quotient that the star would bring to the athletes. In order to end this debate, IOA approached and appointed  icons from different fields like Olympic gold medallist, Abhinav Bindra, Indian cricket team’s bating maestro, Sachin Tendulkar and Oscar-winning musician, A.R.Rehman to accompany Salman. After becoming one of the Goodwill ambassadors, Sachin conveyed a message to the sportspersons of the country.

“Awareness about their struggles, discipline and single minded focus will help develop many more world beating champions and courage passionate following of the Olympics in our country,” Tendulkar added. It is quite clear that the master blaster wants that the focus should not be on him or who the Goodwill ambassador is but he insisted for encouraging and crediting the athletes for the efforts they put in day in and day out.  Such words coming from one of the most influencing personalities of our country will surely make a mark. 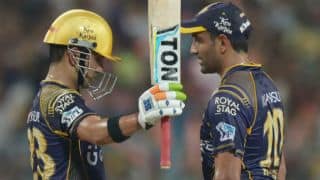