Saeed Ajmal missed the World Cup but will play when Pakistan tour Bangladesh.

Karachi: Pakistani off-spinner Saeed Ajmal on Saturday said he was delighted his eight-month “torture,” which saw him suspended for an illegal bowling action was finally over after being recalled to the national side. The 37-year-old was named to the squad for all three formats of the game for Pakistan’s upcoming tour of Bangladesh, eight months after his action was reported as suspect in Sri Lanka. READ: Sachitra Senanayake replaces Saeed Ajmal at Worcestershire for upcoming County season

Ajmal was subsequently suspended from all international cricket after a biomechanical analysis showed his action transgressed beyond the 15-degree tolerance limit allowed by the International Cricket Council (ICC). “It was torture living without cricket,” Ajmal told AFP from his hometown Faisalabad via telephone.  READ: Saeed Ajmal desperate to make an impact on comeback

“I have endured eight months of pain and it was the most difficult time of my life.” Ajmal underwent remedial work on his action with the help of former Pakistan great Saqlain Mushtaq before being cleared following a reassessment test in February.READ: Pakistan announce squad for tour of Bangladesh

He was unable, however, to join the national team for the World Cup in Australia and New Zealand, where Pakistan made it to the quarterfinals before being ousted by eventual champions Australia. “I watched the World Cup on television and for 45 days I wanted to enter the television and play alongside my teammates and do my part,” he said. READ: Shakib Al Hasan confident of doing well against Pakistan; will play only two games in IPL

“I felt they were missing me as I was always effective in the batting power-plays when I used to pick up wickets and that was missing from our game. I was in regular touch with skipper Misbah-ul-Haq and was always trying to pump him and the other players up through my good wishes, but it was tough to be away from the team,” said Ajmal. READ: Mohammad Hafeez to undergo reassessment test on his bowling action

Ajmal credited his family and friends for helping him through the ordeal, and voiced hope he would return to the form that made him the linchpin of the Pakistani bowling attack. “I did my rehab and remedial work with the support of my family, friends and the Pakistan Cricket Board and now I am quite hopeful that I will be able to bowl as effectively as I used to before the suspension,” he said. READ: Mustafa Kamal’s resignation ‘unfortunate’, says BCB President Nazmul Hassan

“I see no problems with my remodeled action as I have done enough work on it.” Before his suspension in August, Ajmal was ranked the number one bowler in the world in one-day cricket, and has 178 Test, 183 one-day and 85 Twenty20 wickets to his name. READ: Dear Bangladesh, let your cricket do the talking

The off-spinner, who admitted Pakistani cricket was going through a difficult phase, nevertheless insisted the country, which hoisted the World Cup in 1992, had enough talent to recover. “These are difficult times for Pakistan cricket but I am convinced there is no dearth of talent and in one year’s time the team will be settled through concerted efforts and we all will do our best to lift our beloved sport,” he said. READ:  BCCI may call emergency meeting ahead of India’s tour to Bangladesh tour 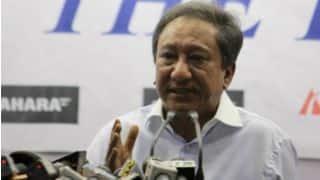 PCB to be compensated by BCB for postponing previous tours 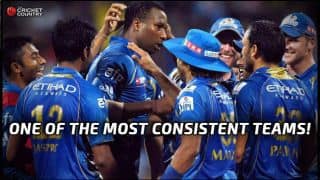