Pakistan's former captain Saleem Malik, who is serving a life ban for match-fixing, has come out of hibernation to lambast the current national team by comparing it to the Indian side of the '90s which, according to him, "didn't play as a unit". 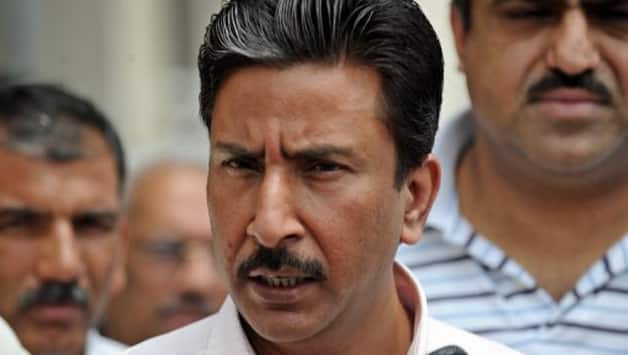 Pakistan’s former captain Saleem Malik, who is serving a life ban for match-fixing, has come out of hibernation to lambast the current national team by comparing it to the Indian side of the ’90s which, according to him, “didn’t play as a unit”.

Malik, who has rarely made any media appearances or statements since the Justice Qayyum inquiry commission recommended a life ban on him in 2000, said he was very disappointed with the national team’s performance in Zimbabwe.

“The sad part is that today our players are playing the same way that the Indian players played against us in the 80s and 90s,” Malik said on Geo Super channel.

“I recall that in the ’80s when we were winning against India we always felt that most of their players didn’t play as a unit and were just interested in scoring 30 to 40 runs and securing their places for the next match. That is why they struggled against us,” Malik claimed.

“Unfortunately today we are facing a similar position in Pakistan cricket. What I see is that most of our players are only interested in scoring a few runs and making sure they are in the team for the next match.”

Malik said the present Pakistan team lacked the will and pride to do well.

“They are playing very defensively and lack aggression. To make matters worse they are making basic mistakes. When there is a ball to sweep they play it straight and when the ball is not there to sweep they try to reverse sweep,” said Malik one of the finest players of spin bowling.

The former captain said in contrast the Indian team was playing as a unit and each of their player was willing to contribute when the chips were down.

“I don’t want to demoralise our players but they need to radically change their approach. Not only does captain Misbah also needs to rethink his game.

“He can’t keep on scoring 50 to 60 runs but end up seeing the team still do badly. A great captain shows initiative and courage when the pressure is on. There is no excuse for our team’s poor show in Zimbabwe.”

Malik also felt that Pakistan would need to work hard to overcome their problems or they will face a tough time against South Africa in the coming series.

“South Africa even on UAE pitches is going to be a much tougher opposition than Zimbabwe in their own backyard.”