Salim Malik was banned for life following Justice Qayyum's recommendation on match-fixing investigation that rocked Pakistan cricket in the 1990s.

Karachi: Former Pakistan captain Salim Malik has accused the Pakistan Cricket Board (PCB) of showing biased attitude against him, saying if the board accepts the recommendations of the Justice (Retd.) Qayyum Malik Report on match-fixing, why several penalised cricketers are still being employed by it. Malik was banned for life following Justice Qayyum’s recommendation on match-fixing investigation that rocked Pakistan cricket in the 1990s. A detailed report by Justice Qayyum in this regard was a reflection of how corrupt practices were rampant in Pakistan cricket back in the 90s. However, he was later on cleared by the court in 2016. READ: Salim Malik: Was interested to coach Pakistan cricket team

“If both the PCB and the ICC approve the Justice Qayyum’s Report on match-fixing then why all penalised cricketers are not out of the PCB,” Malik questioned in an interview with the Dawn. “Why is there a pick and choose policy in the PCB since 2001 when the report has been made public,” he further asked. The former Test cricketer pointed out that big players like Wasim Akram, Waqar Younis, Inzamam-ul-Haq, Mushtaq Ahmed and many others, who were also penalised by retired Justice Qayyum, have been associated with the PCB in some or the other capacity and are enjoying perks without any objection from the ICC or the PCB.

Former PCB chairman Ijaz Butt appointed Malik at the National Cricket Academy in 2010 but he had to withdraw the order after the electronic media made scathing criticism of the former captain’s job. Malik, however, maintains that despite being cleared by the court of the law from all allegations many years back, the PCB has refused to give him any role by citing the reason that International Cricket Council (ICC) will raise objection to my appointment. READ: Salim Malik wants only cricketers to become Pakistan Cricket Board chief

The former skipper also took a swipe at the ICC, saying he has suffered dearly and have been isolated due to world governing body’s dual policies at the top level. “I want to ask the ICC about its stand on me. I have been cleared of fixing charges but why am I still facing isolation from cricket fraternity,” said Malik. “It is also glaring as to why the PCB has allowed tainted fast bowler Mohammad Aamer to stage a comeback in international cricket after his involvement in spot-fixing scandal while fellow cricketers Salman Butt and Mohammad Asif are getting different treatment from the same Board,” he questioned.

Aamer, along with Asif and Butt, was found guilty of various offences of corrupt behaviour relating to the Lord’s Test between England and Pakistan in August 2010 by the independent Anti-Corruption Tribunal in February 2011. Aamer, however, made an impressive return to the international cricket this year by taking 12 wickets in four Tests during Pakistan’s tour of England. Stating that he is not asking for any job in the PCB, the 53-year-old called on the board to give equal treatment to all. READ: Malik, Aamer feel jail term will curb corruption in sports

“Look, I am not asking for any job in the PCB but just want to say that the Board should give equal treatment to all,” Malik said. 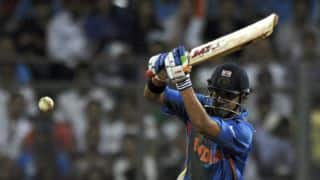