The 34-year-old will feature in the club's next match against Lancashire on Sunday.

England allrounder Samit Patel has joined Glamorgan on loan for the remainder of the County Championship season, the club announced on Saturday. The 34-year-old will feature in the club’s next match against Lancashire on Sunday.

“Knowing in advance that I’m set to miss out on selection for Scarborough has given Glamorgan time to come in for me on a loan deal. I’m grateful to them for the opportunity,” said Patel.

“I’ll keep giving it everything for Notts in the Blast, so overall I’m looking forward to a positive end to the season across both formats.”

Patel, who has played 36 ODIs and 6 Tests, will also feature in Glamorgan’s matches against Worcestershire, Durham, and Leicestershire.

“Once it was decided that Samit wouldn’t be playing at Scarborough, there was absolutely no reason not to let him go out on loan and play some first-class cricket,” said Director of Cricket Mick Newell

“It’s a higher standard than the second team and we can recall him ahead of future matches should we decide we want to pick him.

“Glamorgan were keen to take him on loan and Samit was keen to go, so hopefully it’s something that works well for all three parties. He brings a lot of experience to the squad which could prove vital as we get to the business end of the competition.” 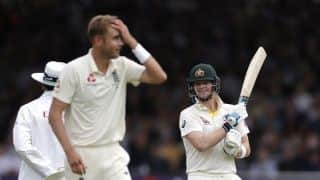 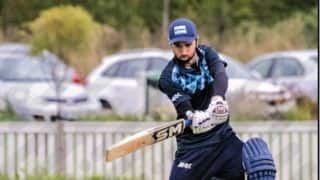