PAK vs AUS: Fans on Twitter question Tennis ace Sania Mirza's loyalty and support after seeing her cheering for Pakistan at the Dubai International Stadium on Thursday.

Dubai: India’s tennis star – Sania Mirza was once again subjected to online hatred and suffered massive backlash for being present at the Dubai International Stadium during the T20 World Cup 2021 semifinal between Pakistan and Australia. Sania, who was in attendance in the crowd, came in to watch the hard-fought encounter between two cricketing powerhouses and was seen cheering for her husband Shoaib Malik representing Pakistan in the second semifinal on Thursday.

However, the 34-year-old Sania’s presence didn’t go down well with many Indian fans who couldn’t stop themselves from questioning the former’s loyalty and support. Some cameras caught Sania supporting and cheering for her husband and the Men in Green from the stands. Midway through the second semifinal of the T20 World Cup, Sania Mirza started to trend on social media. Some Twitter users also send unnecessary hate towards Mirza and calling her a traitor for supporting the arch-rivals Pakistan.

Here’s how the Twitter world responded to Sania’s presence-

Sania Mirza is clapping for enemy country Pakistan that kills our soldiers on a daily basis pic.twitter.com/6wpSrnThqB

Such a shame watching this @MirzaSania laughing clapping cheering for Pak. Showing her support to Pak shameless. #PAKvAUS #T20WorldCup2021 #Sania

#PAKVSAUS @MirzaSania why she is still living in india. I never ever seen she supports to our indian team, @narendramodi pls cancels her’s indian citizenship, she can’t deserve to live here

I don’t know why I keep seeing tweets about Indian people wanting/hoping Sania Mirza to cheer for india..

She shouldn’t represent us in Olympics.

I say one garbage less. Good of her to marry a Pakistani guy.

If there was a competition for #NamakHaram than Sania Mirza would have been the undisputed winner#PAKvAUS pic.twitter.com/yfoEfAqJaT

Talking about the match, wicketkeeper-batter Matthew Wade came up with a barrage of sixes out of nowhere to script Australia’s sensational come from behind five-wicket victory over Pakistan in Dubai on Thursday and send his team into its second T20 World Cup final. Mohammad Rizwan (67 off 52) struck his third half-century of the tournament before Fakhar Zaman roared back to form with a 32-ball unbeaten 55 to propel Pakistan to 176 for four after being sent into bat.

Pakistan were on course to maintain their unbeaten run in the tournament with Australia needing 62 off the last 30 balls but Wade (41 not out off 17) and Marcus Stoinis (40 not out off 31) shared a match-winning 81-run stand for the sixth wicket to pull off a memorable win in the second semifinal.

Can someone please tell me that what kind of an indian Sania Mirza is??

Never have i ever saw her cheating for indian cricket team but we saw her in support of pakistan many times.

In the end, Australia, who are yet to win a T20 World Cup title, got home with an over to spare. They will meet New Zealand in the final on Sunday.

Leg-spinner Shadab Khan produced an admirable performance taking four wickets for 26 runs in fours but the brilliance of Wade and Stoinis turned the game around on its head.

Australia were kept in the chase by David Warner (49 off 30), who shared a 51-run stand Mitchell Marsh (28 off 22), after skipper Aaron Finch was trapped lbw in another sensational first over bowled by Shaheen Shah Afridi. 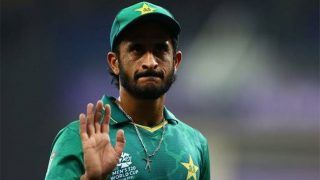 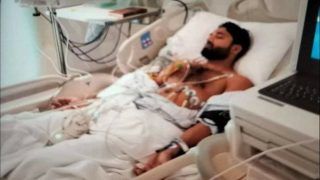