After enduring two straight losses at the hands of arch-rivals India in the ongoing 2018 Asia Cup, Pakistan skipper Sarfraz Ahmed is under pressure and after his team s nine-wicket hammering at the hand s India in the Super Four match on Sunday, the 31-year-old was lost for words during the post-match presentation when asked about his team s dismal performance against India.

However, the wicketkeeper batsman has found support from an unlikely corner with former India captain and legend Sourav Ganguly backing Sarfraz.

“Sarfraz is a great captain and cricketers like him are not born every day,” Geo TV quoted Ganguly, as saying.

Ganguly cited Sarfraz captaincy during the ICC Champion 2017 which the team won defeating India in the final saying the way he led the team was impeccable. In the league stage during the Champions Trophy, India had gotten the better of Pakistan, but Pakistan bounced back in the final of the tournament.

“He is a courageous player and the way he captained the team during the Champions Trophy last year was impeccable,” he added.

Ganguly went on to say that the Pakistan Cricket Board and former cricketers should support and encourage Sarfraz as he has done good captaincy in the tournament, so far.

Pakistan face Bangladesh in a virtual semifinal in the last match of the Super Four against Bangladesh on Wednesday with the winner claiming a spot in the final against the already qualified India.

Sarfraz, who took over the ODI captaincy of Pakistan after Azhar Ali stepped down in 2017, has presided over 18 wins in 27 matches since, including series victories over West Indies, Sri Lanka and Zimbabwe.

During the period Sarfraz s team had a winning streak of nine matches that saw the team win the ICC Champions Trophy, but were hammered 0-5 by New Zealand early in 2018. 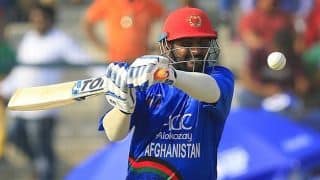 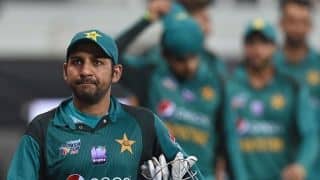