Sarfraz Nawaz, the former Pakistan fast bowler credited with creating reverse swing, has called on the country’s Prime Minister Imran Khan, also the patron of the Pakistan Cricket Board, to take stern action and sack those responsible for the team’s failure to qualify for the semi-finals of the ICC Cricket World Cup 2019.

Pakistan finished fifth at the World Cup, a result that on paper owed to the seven-wicket loss to West Indies in their tournament opener and later the 41-run loss to Australia. They needed to win their last four group matches to remain in contention for the semi-finals and did just that, but once eventual winners England beat fellow finalists New Zealand in their last group match, it left Sarfaraz Ahmed‘s team with a near-impossible task against Bangladesh at Lord’s on July 5 to improve their poor net run-rate of 0.792 by 0.98 to surpass the Black Caps and take fourth place on the points table.

After the win over Bangladesh, Pakistan captain Sarfaraz, the head coach Mickey Arthur and the retiring Shoaib Malik each apologised to fans of the team for their collective failure to reach the semi-finals. Nawaz, who played 55 Tests for Pakistan, said he expected some resignations post the World Cup, but now that they have not happened he urged Imran to take action.

“People who have dignity and understand responsibility themselves step down, but it does not happen in Pakistan. I was expecting resignations from selection committee, team management and COO Subhan Ahmed after highly dismal performance of the national team but no one is ready to accept the responsibility,” Nawaz was quoted as saying by The Nation.

“I am surprised how the PCB and their blue-eyed are appreciating the Pakistan team’s performance in the World Cup. It was totally pathetic and below average. How on earth was the Pakistan team expecting favours from other teams? Why did they blame India, New Zealand and others? Why did they not earn a place in the semi-finals themselves? It is very easy to point fingers at others but very hard to accept failure and get aside.”

Nawaz, who a few years ago was recruited as fast-bowling consultant at the National Cricket Academy in Lahore, put the onus on Imran to lead the way in resurrecting Pakistan cricket.

“In Pakistan, people are still looking at the PCB and Imran Khan, who is not only the prime minister and PCB’s patron but also one of the best captains the cricket world had ever witnessed to take some action against the responsible. The PM should act now and send selection committee, coaches and all the flops home,” said Nawaz.

In his view, the PCB were left with no option but to persist with Sarfaraz as captain owing to a perceived failure to groom a suitable vice-captain.

“Sarfaraz should continue to lead the Pakistan team and he must make some bold decisions and prove himself that he is that leader who will could Pakistan team forward,” said Nawaz. “It makes no sense of changing Sarfaraz as it will further aggravate the situation. I think, it is high time Imran should make tough decisions and clean the PCB. It is also the duty of PCB chairman Ehsan Mani and newly appointed Managing Director Wasim Khan to clean the board from all the ills who had destroyed Pakistan cricket and neat and clean persons, who had a solid background, must be introduced.” 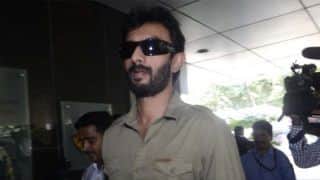 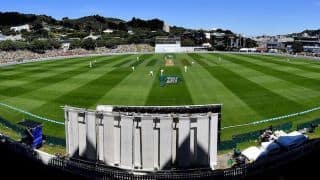