Saurashtra Cricket Association (SCA) has organised a three-day seminar and training for scorers of Saurashtra region at Khandheri.

“In modern cricket, scoring has become very technical and it require much more concentration. During the match, scorer beside scoring, also require to co-ordinate with umpires, third umpire and match referee,” Shah was quoted as saying. “Exam would be conducted on the final day and participants who clear it, will be eligible to give services as scorer for SCA’s inter district tournament,” it said. Read: Saurashtra Cricket Association aims to start cricket academy to impart “scientific coaching”

The chosen scorers will get an opportunity of becoming official scorer once they get enough experience at domestic level. Rajkot based Hemali Desai, who is India’s first woman scorer, will train the participants, the release said. Desai has been official scorer of BCCI since 1994. She is the lone D/L (Duckworth/Lewis method) manager appointed by the BCCI, it claimed. At present, three scorer from Saurashtra region are servicing as BCCI official scorer. Desai and Sejal Dave are official on line scorers while Deshraj Chauhan is official manual scorer. As many as 20 participants are taking part in the seminar-cum-training, of them six are women. 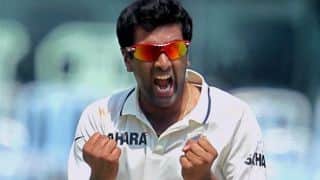