SC said the BCCI's disciplinary committee may reconsider, within three months, the quantum of punishment.

The life ban on S Sreesanth will be discussed when the Committee of Administrators (CoA) running Indian cricket meets next after the Supreme Court asked the BCCI to reconsider the punishment handed to the pacer for his alleged involvement in the 2013 IPL spot-fixing scandal. (READ: SC sets aside Sreesanth life-ban)

A bench comprising justices Ashok Bhushan and KM Joseph said the BCCI’s disciplinary committee may reconsider, within three months, the quantum of punishment to be given to Sreesanth.

The bench made it clear that the 36-year-old Sreesanth must be heard by the committee on the quantum of the punishment.

“Yes, I have heard about the Supreme Court order. We will need to get the copy of the order. We will definitely take up the issue at the CoA meeting,” CoA chief Vinod Rai told PTI.

The CoA is scheduled to meet on March 18 to discuss the anti-doping policy of the Board with the International Cricket Council officials. The issue of Sreesanth’s ban might come up among the CoA on that day.

BCCI now has a new ombudsman in Justice (Retd) DK Jain and amicus curiae PS Narsimha, it is expected that the decision will be fast-tracked.

BCCI acting president CK Khanna made it clear that it will be completely CoA’s call as the onus is on it to implement the apex court’s order.

“This is a Supreme Court order and obviously a call needs to be taken. I am confident that the issue will come up for serious deliberation at the next COA meeting. As far as Sreesanth being brought back to mainstream cricket, I have no comment to make,” Khanna said.

Former BCCI vice-president and Kerala CA senior official TC Matthew, someone who has seen Sreesanth as a youngster, “welcomed the verdict”.

“I am very happy for Sreesanth. He has lost six most precious years of his life. I don’t think even if the ban is lifted he can play first-class cricket.

“But obviously if the BCCI lifts his ban after the SC verdict, he can have an alternate career in cricket, whatever that is. He can be a coach, mentor, may be take up professional umpiring, play club cricket in England,” Matthew said.

The apex court also said that its verdict will have no effect on the criminal proceedings pending against the former cricketer in the Delhi High Court, where the Delhi Police has challenged a trial court’s order discharging all accused, including Sreesanth, in the IPL spot-fixing case.

The bench passed this order on Sreesanth’s plea challenging the decision of a division bench of the Kerala High Court which had restored the life ban imposed on him by the BCCI. 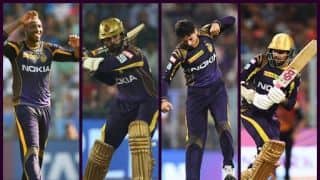 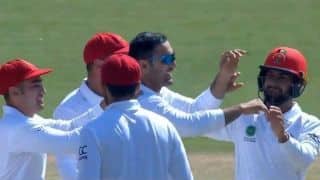