With only a couple of months left for Ranji Trophy to begin, the representatives of six North Eastern states will meet the BCCI bigwigs on Wednesday, seeking release of funds for upgrading the current infrastructure.

With only a couple of months left for Ranji Trophy to begin, the representatives of six North Eastern states will meet the BCCI bigwigs on Wednesday, seeking release of funds for upgrading the current infrastructure.

The representatives of Sikkim, Manipur, Meghalaya, Mizoram, Nagaland and Arunachal Pradesh will meet BCCI’s GM (Cricket Operations) Saba Karim along with members of Task Force (NE) to discuss the prevailing issues ahead of their maiden first class season.

“The Task Force team had come for inspection and noted all the problem we were facing. Right now, we need funds to upgrade the grounds. We need to prepare the pitches, renovate the dressing rooms as per first class standards,” Meghalaya Cricket Association top boss Naba Bhattacharjee told PTI on Tuesday.

“We would also require help of good coaches and for that we need to give them good remuneration. The preparation of good turf pitches will require decent money,” he said.

He informed that Sikkim will play their home matches in Siliguri (North Bengal) as their ground won’t be ready.

“Apart from Meghalaya, Mizoram, Nagaland and Manipur have their own ground but it will take some time to get those ready. We might request the neighbouring states to allow some of our home matches on their spare grounds,” Bhattacharjee added.

On a different note, he expressed his displeasure at Telangana Cricket Association’s plea to BCCI to stop North Eastern states from playing Ranji Trophy.

“The Telangana CA secretary should mind his own business. Can he even locate Meghalaya, Manipur or Mizoram on India map? Who is he to question our competence. He should concentrate on his association,” an angry Bhattacharjee, who is also the convenor of North Eastern state associations, said. 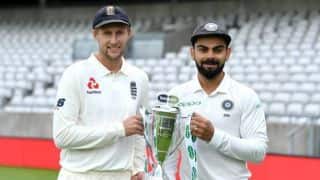 We have skill set, character and mental toughness to win overseas: Virat Kohli 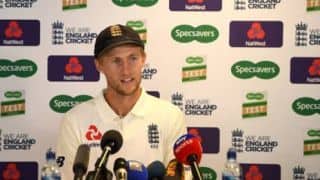