Seems while the entire country is going through the pain of getting the notes exchanged by standing in the long queues outside banks and ATMs all day long, Sehwag is using soothing and comforting words to reduce their pains.

If you are an Indian, the only thing you are concerned about these days is the demonetisation of INR 500 and 1,000 currency notes. The sudden decision taken by Prime Minister Narendra Modi in order to curb / recover the black money, has met with mixed reactions and has divided the country. While some are prasing his move, a few others, including the opposition, are crying foul saying the common man is suffering from this decision. The banks and ATMs continue to witness heavy footfall to exchange / deposit the old notes, causing a commotion in the country. The only thing people are worried about these days is the date till which the old notes can be exchanged.

In such times, the Nawab of Twitter trolls Virender Sehwag has come up with a vital information. Wait, but is he serious this time around? Or is it another typical Sehwag joke? Well, it indeed is the latter case, as the wittiest cricketer just cracked another joke on the microblogging site. Sehwag has been a revelation on Twitter in his second innings post retirement. He has carved an identity for himself with his fun and pun-filled tweets on contemporary topics. He had earlier praised the demonetisation decision by Modi government and now, he has come up with a hilarious joke on the same. Here s what he wrote on Twitter:

Sehwag told his followers how five banks will still accept old notes after the set deadline of March 31, 2017. It was again a pun though. Meanwhile, Sehwag also wished the legendary Australian cricketer and his contemporary Adam Gilchrist on his birthday. Once again, he used a pun in his tweet, referring to Gilchrist’s nick name ‘Gilly’. Here’s what he wrote:

Today is a day to play

Gilli Danda as a tribute to the incredible @gilly381 .

Seems while the entire country is going through the pain of getting the notes exchanged by standing in the long queues outside banks and ATMs all day long, Sehwag is using soothing and comforting words to reduce their pains. 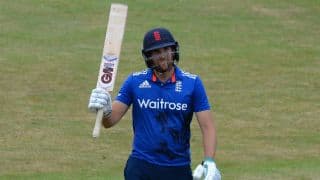 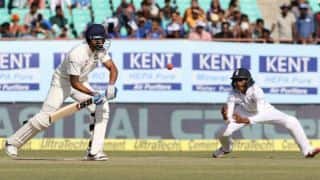