Kohli, who turns 28 today, has had a fantastic year thus far. He is just 139 runs behind top placed Joe Root in terms of scoring most runs across formats in this calendar year.

It does not get any bigger than this! November 5 happens to be India s Test captain Virat Kohli s birthday. Kohli, the run-machine, the style icon, the heartthrob, consistency personified and an aggressive leader; has been donning many hats for Team India ever since he made his successful debut. He quickly went on to establish himself as a premier batsman not just for India, but also in world cricket. And as the young, inspirational leader turns 28, wishes have been pouring in for him from all quarters. Leading the way was as always Virender Sehwag, with his quintessential witty birthday wish.

Master blaster Sachin Tendulkar also wished the most notorious member of Team India during his days in style:

Happy Birthday @imVkohli! To the most (shararati guy ) in our team, stay the way you are always! pic.twitter.com/DOmCtzSsO8

Former Indian captain and the current head coach of the team Anil Kumble also sent in his wishes:

Happy birthday @imVkohli. Hope you have a fantastic year ahead. Wish you the best of everything. @BCCI pic.twitter.com/IctHQk2xlK Anil Kumble (@anilkumble1074) November 5, 2016

Kohli s deputy in Tests Ajinkya Rahane also shared a special recent image of the two along with a lovely reading birthday message through his official Twitter handle:

Wishing you a very happy birthday bro. Hope you have a great day and even a better year. Cheers @imVkohli pic.twitter.com/adxKplXKQE ajinkyarahane88 (@ajinkyarahane88) November 5, 2016

Team India opener Shikhar Dhawan, who is currently injured and being out of the team, also wished his Test captain:

Wish you a very happy birthday bro @imVkohli. Have a good one. Rab Rakha!! pic.twitter.com/i1pWIV5YE1

His senior in the Indian as well as the North Zone team and mercurial off-spinner Harbhajan Singh also posted a birthday wish for the Indian Test captain.

There were others too, from the cricket fraternity, who took time to wish the dashing cricketer.

Happy Birthday @imVkohli. Have a blessed year ahead; hoping to see you smash many more records along the way. pic.twitter.com/Q6SkCFDYBm

Happy Bday to the King of Modern Day Cricket @imVkohli .A man giving joy to a billion people on such a consistent basis.#HappyBirthdayVirat Mohammad Kaif (@MohammadKaif) November 4, 2016

Tough job being @BCCI skipper @imVkohli on my 7am flight out of Delhi – which means he was also up at 4:30am #notsohappybd

Happy birthday to our nations pride and extremely humble @imVkohli May you continue to achieve greater heights. Best wishes!

@imVkohli happy bday champ.All the best for a fantastic year.#stayblessed

Kohli, who turns 28, has had a fantastic year thus far. He is just 139 runs behind top placed Joe Root in terms of scoring most runs across formats in this calendar year. He will be seen leading Team India in the 5-match Test series starting November 9 from Rajkot. 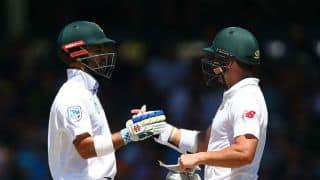 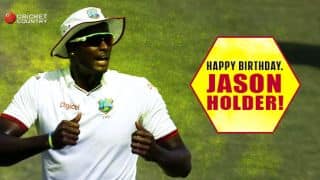