Australia will leapfrog England in the latest rankings if they beat Sri Lanka 2-0.

Losing consecutive Test matches to West Indies to surrender the three-match series is set to hurt England, with the focus shifting to Australia where a victory for the hosts could push Joe Root’s team down from No 3 to fifth in the ICC Test rankings.

Should Australia beat Sri Lanka on the last day at Canberra’s Manuka Oval to complete a 2-0 sweep, they will move up a spot to fourth place and push England down to fifth. If the Canberra Test is drawn – Sri Lanka need 499 runs, Australia ten wickets – with rain forecast for days four and five, a 3-0 win over England for West Indies will still see Tim Paine’s outfit move up to fourth place.

For England to avoid falling to No 5 in the Test rankings, they will need to beat West Indies in the final Test at Gros Islet from February 9 and hope that Australia do not defeat Sri Lanka. (READ MORE: We have got to get better: Joe Root)

Having beaten England by 381 runs at Kensington Oval last week and on Saturday by ten wickets at North Sound, eighth-ranked West Indies have marked a resurgence. The captain Jason Holder, who dedicated his team’s win to the bereaved Alzarri Joseph, admitted that moving up the ICC Test rankings was the goal.

“It took time. We have different motivating factors within but nothing more than to move up the rankings,” he told reporters. “Everybody wants to move up the rankings. We have been down at eight for too long. There is no better place to start than beat a top-ranked side here. All teams aspire to be No 1, not to be two or three.

“I think we have got what it takes to be No 1. We are still a long way off being No 1 but if the guys continue to mature and develop we definitely will be the No 1. side in years to come.” 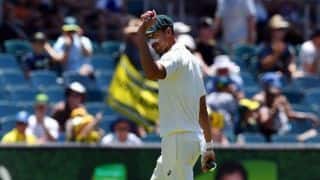 I don't need to listen to all the outside noise: Mitchell Starc 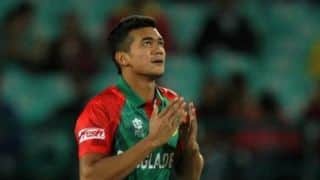