A senior BCCI functionary has questioned if the board has followed the protocol in going ahead with the ban on Rinku Singh.

The Board of Cricket for Cricket in India (BCCI) on Thursday suspended India A and Uttar Pradesh player Rinku Singh for participating in an unauthorised T20 tournament in Abu Dhabi. The board said Rinku has been suspended with immediate effect for a period of three months starting June 1. In fact, a member of the media team confirmed that this wasn’t a decision pending enquiry and was the final decision in the matter.

A senior BCCI functionary has questioned if the board has followed the protocol in going ahead with the ban and also raised a question on whether this judgement sets a precedent wherein players can look to play in unauthorised leagues post the domestic season and then be free to participate again when the Indian season gets underway. The functionary further questioned former India allrounder Irfan Pathan‘s decision to put his name in the players draft of the Caribbean Premier League (CPL).

“So, if there is an unauthorised tournament in May end then a cricketer can play there and be punished for 3 months and then play the next domestic season? What is the process that has been followed? Have they looked at precedents? This is a very serious contravention of the rules of the BCCI. Is this token punishment a case of some form of plea bargaining? This seems to be another one of those practical issues with the application of the new constitution of the BCCI. Under Rule 31 the Apex Council is required to take action in case of violation, but Rule 41(1)(c) provides for the Ombudsman coming into the picture for a violation of any rule. At the same time there is no information about Irfan Pathan’s case. Who from the BCCI guided him to put his name up for the CPL? Are there different rules or treatments for different players and officials?” the functionary enquired.

The constitution says that the Apex Council shall take appropriate action including suspension and stoppage of financial benefits and any other action against individuals/members contravening the above.

The constitution throwing further light on any misconduct or breach by others says: “In the event of any complaint being received from any quarter or based on any report published or circulated or on its own motion, of any act of indiscipline or misconduct or violation of any of the rules and regulations by any player, umpire, team official, selector or any person associated with the BCCI, the Apex Council shall refer the same within 48 hours to the CEO to make a preliminary enquiry.

“The CEO shall forthwith make a preliminary inquiry and call for explanations from the concerned person(s) and submit his report to the Apex Council not later than 15 days from the date of reference being made by the Apex Council. On receipt of the report, the Apex Council shall forward the same to the Ombudsman, who shall call for all particulars and unless it decides that there is no prima facie case and accordingly drops the charge, hearing shall commence on the case and the same shall be completed as expeditiously as possible by providing a reasonable opportunity to the parties of being heard.

“If, despite due notice, any party fails to submit any cause or submits insufficient cause, the Ombudsman shall after providing reasonable opportunity of hearing to the parties concerned, pass appropriate order. In the event any party refuses and or fails to appear despite notice, the Ombudsman shall be at liberty to proceed ex-parte on the basis of the available records and evidence.” 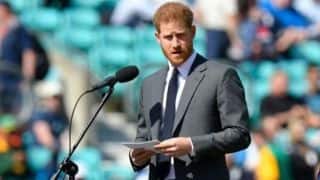 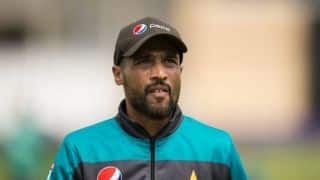